XTEP-sponsored BC Rangers Atop Standings

The BC Rangers – sponsored by Xtep International (HK: 1368) -- geared up in their Xtep kits to participate in the first two rounds of the Hong Kong First Division Football League recently.

The team is currently in first place after earning six points from their two straight wins with outstanding performances.

In another milestone moment, Xtep was reappointed apparel partner for the Standard Chartered Hong Kong Marathon for the second straight year.

Xtep is the only Chinese sportswear brand chosen to be the apparel partner over the 17-year history of the event.

The quota of this year’s event has been increased to 72,000 people, breaking all previous records.

The BC Rangers – sponsored by Xtep and geared up in the company's logo-laden kits -- participated in the first two rounds of the Hong Kong First Division Football League recently.  Photos: Xtep

Xtep will provide racing apparel for athletes from around the world in February of next year, and through this high-profile event will continue to spread the “Love Running, Love Xtep” brand spirit.

Xtep is confident that sponsoring this key sporting event in Asia will greatly enhance Xtep’s visibility and credibility.

In tandem with Xtep’s ongoing campaign to be the go-to brand for runners in the region, the 2012 Xtep Run was successfully held in more cities.

Following the tremendous success of the Xtep-sponsored 2012 Xiamen Xtep Run, the event was subsequently held in Beijing, Shanghai and Hangzhou in September.

The Xtep Run events attracted more than 800 running enthusiasts in these three cities.

Xtep also officially announced the establishment of the Xtep Running Club in the three cities which will continue to develop a series of running camps and activities to create a unique network for running enthusiasts to build up long-term relationships. 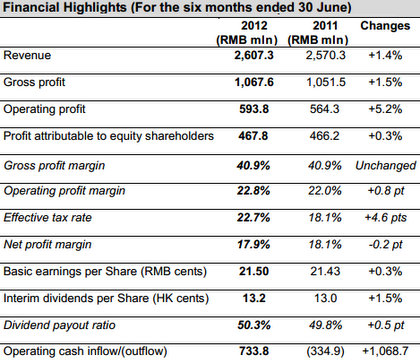 A charity segment was also included in the Shanghai Xtep Run which has received a warm response from Xtep Running members and a donation of 855 lunches for underprivileged children in remote areas.

In another proud moment for the company, Xtep was also invited to join the inauguration of the Quanzhou branding development center and a forum on pursuing excellence and brand building.

Representatives from the General Administration of Quality Supervision, Inspection and Quarantine of the PRC, Fujian Province, Quanzhou and other government officials and brand enterprise envoys also joined the event. 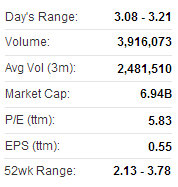 Xtep was honored as an “Advanced Quality Controlled Enterprise in Fujian Province.”

Dr. Xiao Lihua, Deputy President of Xtep, shared his experiences on the outstanding performance of operational management by the adoption of effective management models.

Xtep passed the assessment, signaling that its lab meets the CANS-CL:2006 requirements in every single task.

The assessors agreed that Xtep regards stringent quality control as a top priority and that its lab is currently implementing a self-improvement system. 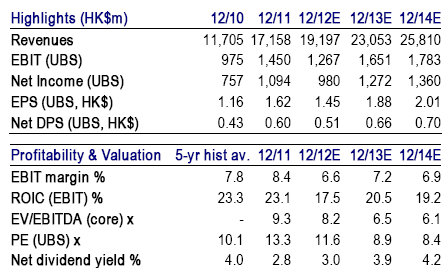 “The UBS global commodity team upgraded our gold price forecasts by 2%, 8% and 21% for 2012-14E. We believe the open-end nature of QE3, the need for a ‘sustainable’ US recovery as well as ECB and BoJ subscribing to further easing suggests longevity to the higher gold trade,” UBS said.

The Swiss research house said it is keeping its SSSG assumption for 2013E unchanged despite the one ppt contribution from higher gold price forecasts. 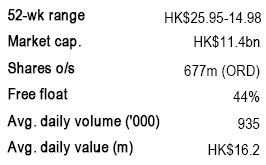 “We revise up 2014E SSSG by two ppts to reflect the higher gold price forecast. We also revise up our gold product gross margin assumption by approximately one ppt to reflect the stronger pricing uptrend in 2013E.

“We remain cautious in the near term and continue to warn investors of the potential negative surprises from the interim results of (Chow Sang Sang’s rivals) Luk Fook and Chow Tai Fook.

We have 1726 guests and no members online