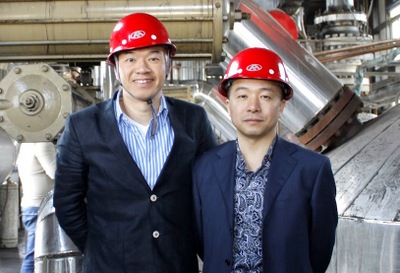 Coal upgrading and sales play DeTeam Co Ltd (HK: 65) has entered into a project management contract for the construction of production facilities in Xilinhaote City, Inner Mongolia with Dalian Shipbuilding.

The tentative total project cost is estimated at 460 million yuan, with DeTeam saying that the final contracted price will not exceed 560 million.

“As the market landscape remained challenging, the Group has persisted in upholding various initiatives implemented earlier to strengthen its market position and hence, maintained the operational performance and profitability of its distribution channels.

“As a result of these unrelenting efforts, inventory levels of the retail channel continued to gradually recover back to a healthier position,” said Xtep Chairman Mr. Ding Shui Po in a statement on the firm’s website.

Meanwhile, Xtep maintained its “prudent approach” in order to improve the operational efficiency of its distribution channels.

“The Group proactively managed orders placed by distributors and authorized retailers at sales fairs, so as to better control the retail stock level.

Orders at the sales fair declined by a “mid single digit” when compared to the year-earlier period, Xtep said on its website without providing specific figures.

Meanwhile, thanks to Xtep’s real-time distribution resource planning (DRP) system, the sportswear firm was able to monitor the sell-through situation of its products.

Listed on June 3, 2008 on Hong Kong’s main board, Xtep International is a leading PRC fashion sportswear enterprise. It is principally engaged in the design, development, manufacture, sales and marketing of sports footwear, apparel and accessories. Xtep boasts an extensive distribution network of over 7,000 stores nationwide covering 31 provinces, autonomous regions and municipalities across the PRC.

We have 1882 guests and no members online