This article by Jennifer Tan originally appeared in SGX's kopi-C: the Company brew series, and is republished with permission 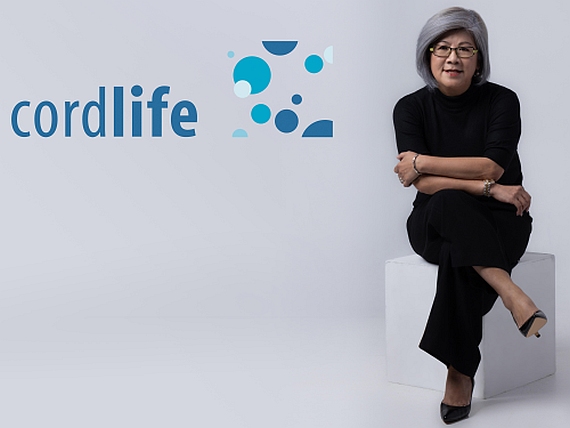 It helps that Tan is an eternal optimist, steeped in pragmatism. “I was brought up to be a practical person,” she said.

“My mum has this favourite Cantonese proverb – 马死落地行 (ma si luo di xing), which means if the horse you’re riding drops dead, just get down and walk. In other words, find another way.”

And it is this indomitable spirit that defines Tan through her three decade-long career in the private and public healthcare sectors, both in Singapore and the region.

She joined Mount Elizabeth Hospital in 1991 as a Marketing Executive and rose through the ranks to the position of CEO in 2007.  Between 2007 and 2015, she held CEO roles in other local and regional hospitals, including Parkway East Hospital – formerly East Shore Hospital, and Gleneagles Hospital in Singapore, as well as Vinmec International Hospital in Hanoi, Vietnam, and Fortis Healthcare Singapore.

Tan, who also holds a Master of Business Administration from the National University of Singapore, was appointed Group Chief Operating Officer of Cordlife in 2016. She was promoted to Group CEO three years later.

Incorporated in 2001 and listed on SGX Mainboard since 2012, Cordlife is a pioneer in private cord blood banking in Asia. It owns the largest network of cord blood banks in the region, with full stem cell banking facilities in the six key markets of Singapore, Hong Kong, Indonesia, India, Malaysia and the Philippines. Through marketing agents, Cordlife extended its presence to Myanmar and Vietnam in 2017, and Bangladesh in 2019.

Cordlife operates the largest private cord blood banks in Singapore, the Philippines and Indonesia, and is amongst the top three market leaders in India and Malaysia. The Group became the market leader in Hong Kong via the acquisition of Healthbaby Biotech in 2018. Through a Malaysian subsidiary, it also holds an indirect stake in Thailand’s largest private cord blood bank, Thai Stemlife.

In the area of clinical diagnostics, Cordlife India, Cordlife Hong Kong and Healthbaby are also accredited by the College of American Pathologists (CAP).

When Tan joined Cordlife, she made it a priority to streamline the Group’s operations. “I believe in first things first, which was to optimise the corporate structure,” she said.

“We brought some previously outsourced functions back into the Group, and facilitated collaboration amongst the different markets, all of which have led to significant cost savings,” she noted. “So, over the past year, although the top line hasn’t grown as much as we would like, our bottom line has improved.”

But cost-cutting only goes so far, she admitted. “Prudent expense management is not enough – we need to boost revenues as well.”

As a result, the Group has been ramping up new revenue channels, including its diagnostics and digital healthcare business segments, to complement its core operations.

“Stem cell therapeutics are subject to regulatory oversight in each operating country. We welcome government efforts to set ethical guidelines that will allow our industry to progress cautiously and responsibly, as well as to grow in a healthy manner,” Tan noted.

Cordlife has observed an encouraging trend of better alignment of regulations and guidance for stem cell therapeutics globally. As interest in stem cell therapy intensifies, its banking business will be a primary beneficiary, especially in the domain of cellular therapies and regenerative medicine.

The results from Cordlife’s diagnostics services segment have also been encouraging. Revenue contribution from this segment jumped 68% to S$1.6 million in FY2019 from S$0.9 million the previous year. “Diagnostics is a growth engine for all our markets and is expected to drive our business forward.”

Generating and boosting awareness of the potential of cord blood, cord tissue, as well as cord lining banking is another focus, Tan noted.

“But we believe there is huge potential for growth in these countries as healthcare spending by the progressive middle and affluent classes is on the rise,” she added. “Once you’re able to capture the attention of mothers-to-be, it’s easier to get their buy-in - it’s usually the women who make healthcare decisions for the family.”

Cordlife is also in the midst of developing its mobile application, Moms Up, which provides health information and resources to help Asian women who plan to conceive or are expecting, as well as mothers with young children. It targets to roll out the app to all its markets by year-end.

“Leveraging on this digital platform, we intend to expand our reach to potential clients and increase touchpoints with existing customers,” she said. “It also serves as a base for us to educate and increase awareness of our services.”

Apart from driving organic growth, Cordlife is also seeking acquisitions to further strengthen its market position, and expand its footprint beyond its current 10 markets in Asia.

“We will review any horizontal integration opportunities to add to the Group’s revenue and earnings growth,” Tan added. “These targets will be synergistic to our existing businesses and provide a competitive edge over other market players.”

In particular, China is one market it has been exploring, with the abolishment of the country’s one-child policy highlighting potential opportunities in its cord blood banking industry.

“In recent years, China has made remarkable advancements in stem cell therapies, bringing fresh insight to regenerative medicines. The strong government support and investment in stem cell research bodes well for our strategy of building the ecosystem of utilisation.”

Last June, Cordlife made an indicative, non-binding proposal for a statutory merger with Global Cord Blood Corporation, the first and largest cord blood bank in China. Negotiations are still in the preliminary stage, she added.

For the half year ended 30 June 2020 financial results, click here.


kopi-C is a regular column on the SGX Research website that features C-level executives of leading companies listed on Singapore Exchange. These interviews are profiles of senior management aimed at helping investors better understand the individuals who run these corporations.

We have 1423 guests and no members online