KATRINA GROUP: To acquire, and open, new businesses in SG and overseas

F&B player Katrina Group, building on its brand equity and presence in Singapore, aims to focus on diversification to grow its market share. 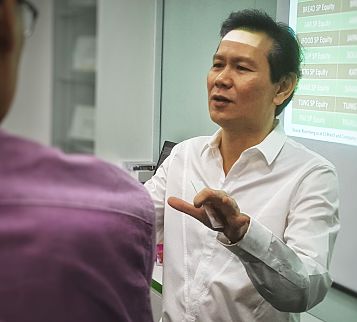 In its first foray outside of the F&B sector, Katrina has also signed a non-binding term sheet to acquire a 100% interest in Straits Organization Pte. Ltd.

The latter is in the business of providing affordable diverse accommodation solutions, such as serviced residences and co-living hotels, which are targeted at millennial travellers, corporate expats, and new upcoming market segments such as technopreneurs.


Straits Organization currently operates 81 apartments in Singapore with a pipeline of three co-living projects in Singapore, one in Hong Kong and plans to expand into Japan.

The acquisition will help transform the Group into an F&B and hospitality player and open avenues for synergistic growth between the two businesses.

Overseas, Katrina and Hong Kong-listed Ajisen Group opened one outlet under the “So-Pho” brand in Shanghai in FY2017 and another in Guangzhou in HY2018.

An additional outlet is expected to be opened in Shanghai by end-2018 at New Raffles City, Ma Dang Road.

Separately, the Group has also accepted a letter of offer to open its maiden outlet in Indonesia, in Plaza Senayan, Central Jakarta under the “So Pho” brand name.

The outlet will have a total area of approximately 138 square metres and looks to begin operations in early 2019.

Depending on the success of this venture, Katrina will look to open more outlets in Indonesia over the next two years.

Sustainable growth continues to be a priority for the Group and it will continue to explore suitable brands and businesses whether internally, through collaborations or acquisitions to add value to its operations both locally and overseas.

We have 461 guests and no members online