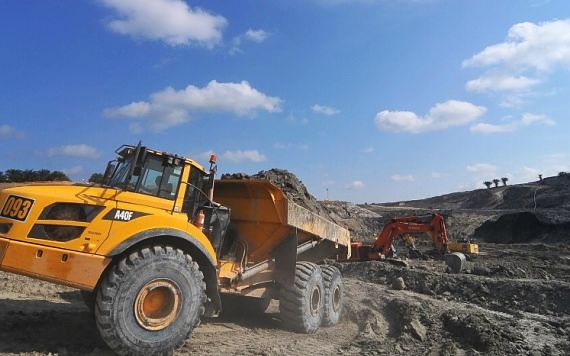 Global coal prices have surged since June 2016, and miners have turned profitable. 2017 could see massive profits returning, if coal prices stay where they are. Photo: Company
This is Part 2 of a report. The first was: GOLDEN ENERGY & RESOURCES: To resume trading on SGX amid coal bull run

Coal prices are currently way off the peaks of several years ago but they are still very pleasing to shareholders and coal company managements contemplating the potential profits awaiting them in 2017.

Take Golden Energy & Resources (GEAR), which resumes trading on the SGX today after being suspended since April 2015 for it to complete a compliance placement of its shares.

It plans to mine 14 million tonnes in 2017. Given its cash cost of about US$20 and an assumed selling price of, say, US$40 per tonne, the cash profit will amount to a whopping US$280 million.

Compare that to its market cap of US$1.57 billion, based on the 67 cents a share compliance share placement.

Its notably low cost of production is key to understanding why GEMS was one of a few coal producers which had remained profitable, and even increased its production, during the downtrend of the coal cycle (see chart below). 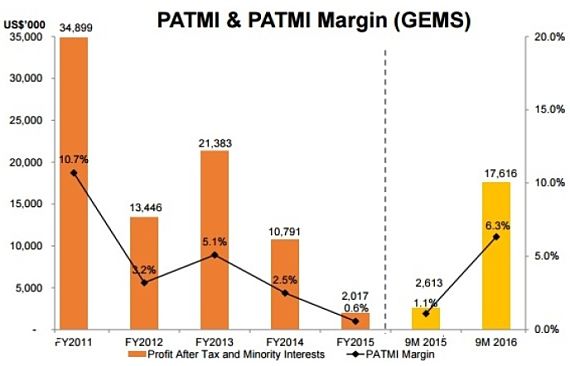 The selling price of coal is crucial to the financial health of miners.

What drove prices up was largely a fall in Chinese coal production as the country reined in its overcapacity and closed unprofitable mines in order to cut air pollution.

Its coal industry had cut production by 95 million tonnes, or 39% of its target, as of the end of July 2016. (See Bloomberg story: Coal Rises From Grave to Become One of Hottest Commodities).

China has commited to reducing its annual coal production by 250 million tonnes.

We have 1588 guests and no members online