Some potential “reasons” to the drop in share price

Besides the poor market sentiment relating to S chips (especially after the audit issues on China Hongxing and Hongwei etc), I shall hazard some guesses to the reasons why there is a drop in Fuxing’s share price. 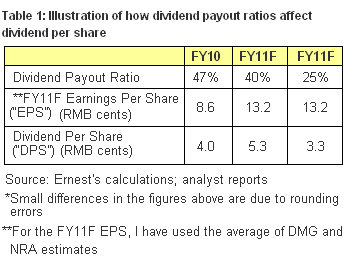 With reference to Table 1 on the right, based on the average EPS estimate and a minimum 40% dividend payout, Fuxing is likely to pay at least a DPS of RMB5.3 cents for FY11F.

Secondly, some investors are concerned with the rising working capital requirements from the advances / partial deposits being made to suppliers which consequently results in a negative operating cash flow for the company.

Fuxing has explained that they made such advances / partial deposits so as to secure a guaranteed stream of raw materials at competitive prices. They elaborated that this practice of advance payment follows the past practice where they have made prepayments of RMB81.8m; RMB240.2m and RMB283.9m in FY2009, FY2008 and FY2007 respectively. (Refer to Fuxing’s press release on 8 Mar 2011).

Management further assures that they have assessed the credit risk from such arrangements to be low and manageable.

After the results, I managed to catch up with Choon Kong, Fuxing’s CFO, and Jennie, Fuxing’s Investor Relations (“Management”), for a 1-1 meeting. Below is a summary of the pertinent points discussed. 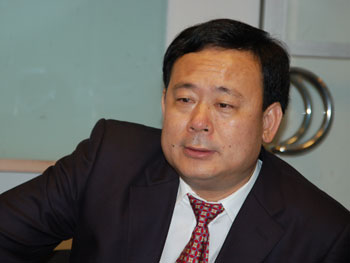 Fuxing has obtained the shareholders’ approval through a special general meeting on 4 March. Barring any unforeseen circumstances, they target to complete the acquisition by early 2QFY11 whereby earnings from the three target companies would be consolidated into Fuxing’s 2QFY11 financials and beyond.

On the prowl for more acquisitions à in zipper companies.

According to management, they are on the lookout for acquisitions in zipper companies. Nevertheless, as this is just on the drawing board, they do not have details yet. Pertaining to my concern that they may be expanding too quickly, especially since the three acquisitions have not been finalized and integrated yet, management is quick to allay concerns.

Management emphasised that there is unlikely to be integration issues for the three acquisitions as the three target companies would still be mainly managed by the incumbent management and as a stand alone business. Furthermore, Fuxing has worked with these three companies before and thus management understands these target companies and believes that operational synergies can be obtained by acquiring them. 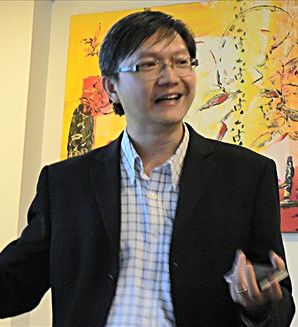 As of now, all the 100 SDZ machines have been installed. They have been operating the machines to do sampling tests which were sent to clients for assessment. Their potential clients are manufacturers of ladies’ boots and high end travel. Fuxing would be ramping up their marketing efforts for the SDZ. However, the response and the contribution from these SDZ are not known with certainty yet.

Fuxing obtains the New and High Technology Enterprise which allows its subsidiary to be taxed at a preferential rate of 15% for the next three years. Based on my understanding from management, management’s request for a tax rebate is pending approval from the authorities. Currently, they are unable to ascertain their chances of the tax rebate being approved. Nevertheless, management added that the organic growth of Fuxing’s existing operations and the profit contribution from the three target companies would constitute good growth for the company’s earnings even without the tax rebates.

Management is open to share buybacks but this depends on the share price as well as any other competing uses of their cash. Nevertheless, as they have already obtained the shareholders’ approval last April’s AGM for a renewal of share purchase mandate, they are able to do so for now before their next request for the renewal of share purchase mandate in the upcoming AGM.

(I have emphasized to management to seriously consider this aspect as buying back company’s shares is a bullish and reassuring signal to existing and potential shareholders on the company’s confidence in their own prospects.) 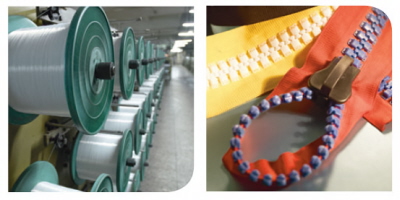 Fuxing’s FY11F PE is around 5.7x which is lower than the 29.3x FY11F PE of its next competitor Fujian SBS (the largest in China).

Raw material costs constituted about 75% of its FY10 Cost of Goods Sold (“COGS”). To reduce the impact of rising raw material costs, management made advances / partial deposits to suppliers so as to secure a guaranteed stream of raw materials at competitive prices.

Labour costs have also been rising. Management recently hiked its wages by about 10% so as to retain their workers. (This seems to be effective as 95% of their workers came back to work after Chinese New Year). They are also building dormitories to improve working conditions so as to attract and retain workers. It is noteworthy that labour costs only contributed about 11% of FY10 COGS.

Lastly, management believes that as long as the rising labour and raw material costs increase gradually, they are able to pass the rising costs to customers. This is because firstly, zippers’ costs are a very small percentage of the finished products, thus this would not have a serious impact to their customers. Secondly, if Fuxing (second largest in China in terms of production capacity) has to raise prices, it is likely that other zipper makers would be raising theirs as well. Thus, it is likely that customers would continue to buy from Fuxing.

With reference to Table 2 below, based on Bloomberg, Fuxing’s FY11F PE is around 5.7x which is lower than the 29.3x FY11F PE of its next competitor Fujian SBS (the largest in China).

Choon Kong, together with Mr Hong Qingliang, chairman and CEO of Fuxing have been actively meeting fund managers, analysts, shareholders for the week ended 4 Mar. If Fuxing can successfully consolidate the three target companies from 2QFY10 onwards and the ramping up of its SDZ business, it is only time when it starts to attract the attention of the investment community. (Refer to Chart 1 for analysts’ target price on Fuxing)

To this pathetic note:
"PROFIT GUIDANCE FOR THE FOURTH QUARTER RESULTS
ENDED 31 DECEMBER 2011
The Board of Directors (the “Board”) of Fuxing China Group Limited (“Fuxing China” or the “Group”), wishes to issue a profit guidance regarding the financial results of the Group’s fourth quarter results ended 31 December 2011 (“4Q2011”). The Group expects to achieve a lower operating profit compared to the previous corresponding period in 2010. In addition, as there could be potential impairment and write down of tangible and intangible assets as carrying amounts of these assets exceed its recoverable amounts, the Group is likely to register a loss in 4Q2011.
The profit guidance is based on a preliminary review of the unaudited financial results of the Group. Further details of the Group’s results will be disclosed when the Group releases its 4Q2011 results on or before 29 February 2012."
Quote
Refresh comments list
NextInsight.net

We have 1486 guests and no members online