NextInsight learned in an interview with CEO Hong Qingliang that the Singapore-listed firm is looking to firm up margins and announce strong earnings for 2010.

A quick look at the stats suggests Fuxing is definitely in the right place at the right time.

And the provinces of Fujian and neighboring Zhejiang to the north comprise the epicenter of China’s massive zipper industry, with over 2,000 peers competing to close clothes across the country.

* A continued push for finished zipper units and their higher margins 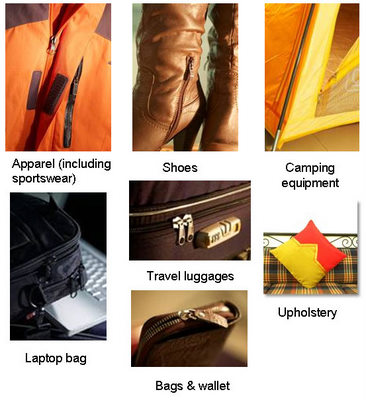 “We are one of the few vertically integrated players in the PRC zipper industry, with the capability to carry out upstream activities including production of monofilament line, fabric tape and center core thread which allows us to assemble complete finished zipper sets. These not only have higher margins, but we can also control quality from top to bottom,” said Mr. Hong.

He added that being No.2 had its advantages.

“We’ve achieved an economy of scale position in terms of raw material procurement, production management and brand marketing. This allows us to control costs and price products competitively.”

He also said its diverse and expanding production line helps it meet the particular needs of a wide range of clients in the sportswear apparel, boots, camping equipment, laptop computer bag, luggage and upholstery making sectors, to name a few.

And as the company explained, containing raw material costs was crucial because they comprised a whopping 70-80% of total costs for Fuxing.

“Non-ferrous metal prices have been very volatile of late, including for copper and zinc of which we use a lot. Zinc, for example, was selling at around 6,000 yuan per ton late last year and now it’s well over double that. But we are fortunate as we can pass most of this cost downstream,” he added.

With raw material costs taking up so much of the budget, there was little room left over, percentage wise, for wages. But this was the nature of the business, Mr. Hong explained.

“Only around 10% of our costs are for labor and wages. We are highly automated, and becoming more and more so. In fact, our automation level is higher than the bulk of our competition.”

Total Chinese exports from the apparel and textile industry upon which Fuxing is dependent for orders fell nearly 10% in 2009 which took a decided bite out of business last year.

“We have implemented a lower margin pricing strategy to support our customers, thereby retaining long-term relationships with them and holding onto our market share,” Fuxing said.

On the balance sheet side, it has “closely monitored” its outstanding trade receivables and boosted debt collection efforts.

“Prepayments and advances to suppliers were also monitored last year in order to manage its risks and conserve cash. We have also adopted prudent internal management and cost control measures to weather the crisis, as well as increasing production efficiency.”

Production flexibility and the ability to keep cashflow positions healthy with so many customers was an art form that Fuxing believes it has mastered.

“We have over 1,200 customers in China, mainly in Fujian, Jiangsu, Zhejiang, Sichuan provinces and also Shanghai. Most are downstream producers of apparel/footwear, bags/luggage, camping equipment, etc and last year, over 50% were repeat customers. So loyalty is very important to us,” Mr. Hong added.

And some of these high-pressure fasteners, such as tent and luggage zippers, demanded high-performance products, and Fuxing has invented its own solution.

“Our patented heavy-duty, super-strength zipper technology is targeted to enjoy average margins of 30%-40% versus 20%-30% for regular nylon zippers, so we have big hopes for this product line. And the nice thing is that we own its patent, and we are the first to launch this product in China among many competitors,” he said. 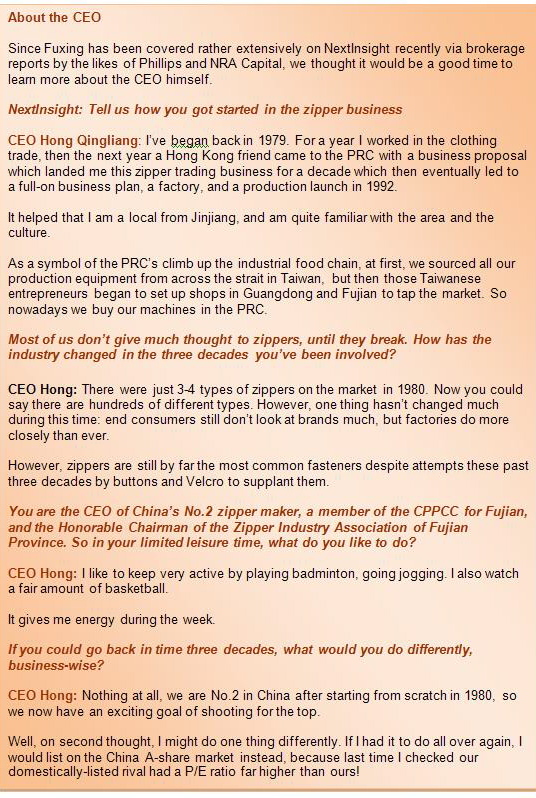 We have 515 guests and 4 members online