GOLDEN ENERGY & RESOURCES: For the next big action, look to Australia 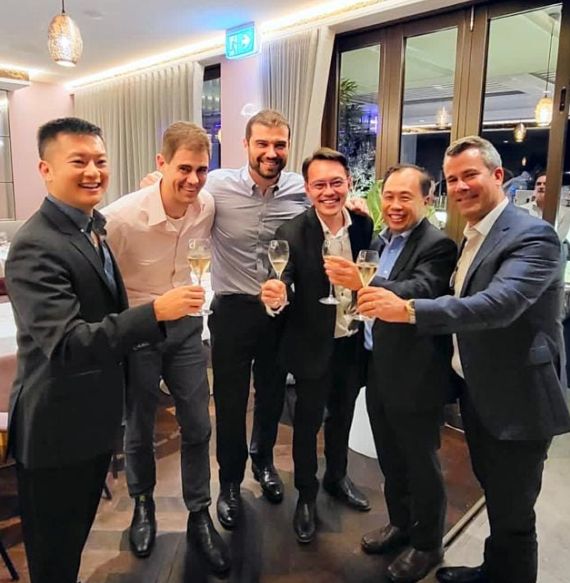 Down Under, GEAR owns 64% of Stanmore Resources (SMR) which is listed on the Australian Exchange.

A producer of coking coal used in steel production, Stanmore delivered 1.1 million tonnes of coal in 1H2022 from its Isaac Downs mine.

The 1.7 million tonnes was recognised for the 2 months -- ie May and June -- after the completion of the SMC acquisition. 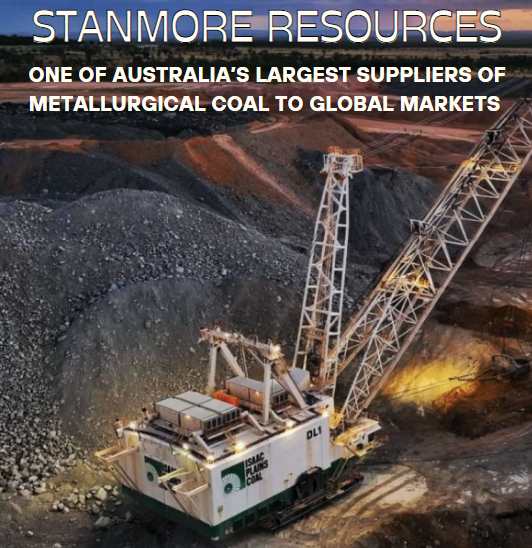 How impactful was SMC?

In the 2 months, it contributed US$753.0 million of revenue and US$78 million of net profit after tax. (For more info, visit stanmore.net.au)

That is how Stanmore is on track to have a very big 2H2022 -- if selling prices do not tumble and operating costs do not go out of whack.

Stanmore's 1H2022 financial statement (page 12) provided a look-back (perhaps wistfully): Had the SMC acquisition been completed at the start of 2022, Stanmore group would have achieved US$2.4 billion revenue and US$809 million net profit in 1H2022.

The disproportionate profit is due to extraordinary coal prices in 1Q, which have since moderated as depicted in the chart below: 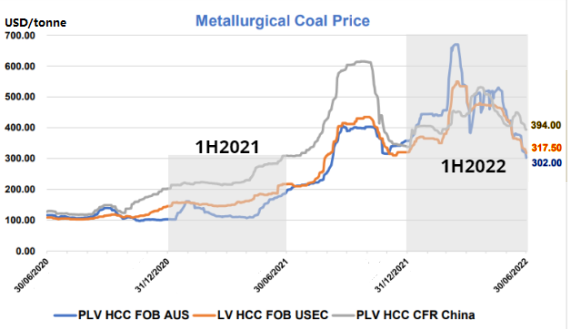 To backtrack a bit, Stanmore was transformed into a big-cap company (market cap: A$2 billion) following itsUS$1.35 billion acquisition of an 80% interest in SMC  on 3 May 2022.

Sometime in 4Q2022, Stanmore will top up its interest to 100% for US$380 million cash, which will be funded from internal resources. 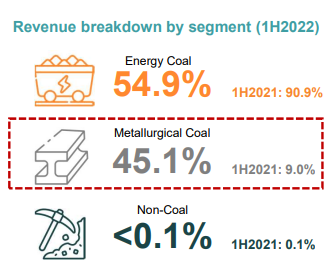 So Stanmore, which GEAR acquired an initial 25.5% stake in Jan 2019, has been a successful acquisition for GEAR, transforming it from being purely a thermal coal play (see chart).

Less publicised, also in Australia, there is the Ravenswood gold asset that GEAR is a 50% owner of since early 2020. Many millions have been poured into expanding its infrastructure and ramping up production.

The GEAR transformation is anything but over. Signals from the company suggest that it continues to be on the prowl for acquisitions.

We have 437 guests and no members online