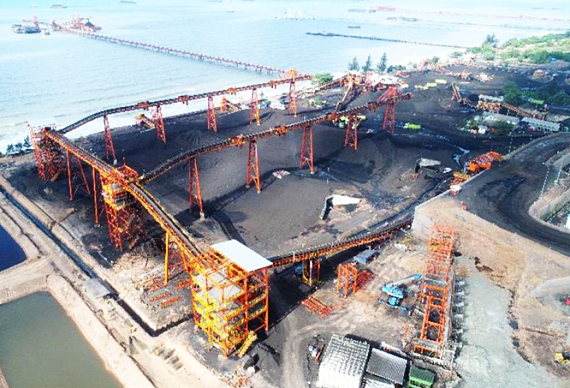 Coal is stockpiled and then transferred to barges which transport the coal to mother ships out at sea. Photo: GEAR

The brief announcement comes as no surprise as the ICI4 Index has been trending up strongly, reflecting strong demand from China which has pulled back from importing coal from Australia amid political tension between the two countries.

We had highlighted the profit prospect: GOLDEN ENERGY & RESOURCES: Why this is a golden year in the making

The chart below shows the big driver of massive profits for GEAR this year after recent years of relatively weak coal prices: 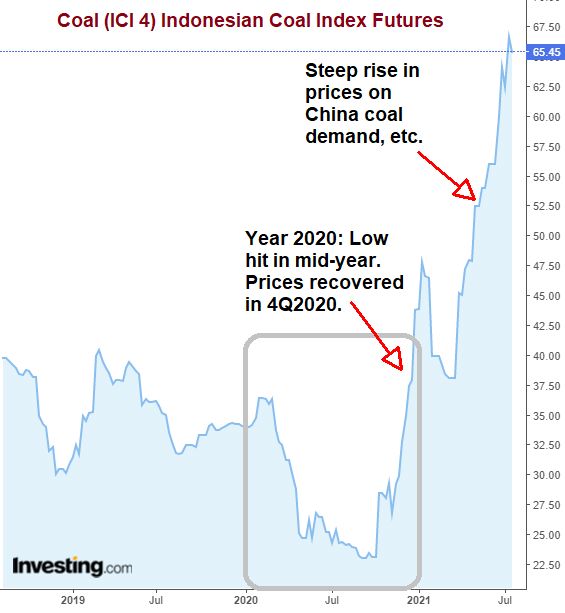 GEAR, whose stock price has risen about 124% year-to-date, is an investment holding company with a 63% stake in Golden Energy Mines (GEMS) listed on the Jakarta Stock Exchange.

You can see the profit rolling in for GEAR already through the 1Q2021 results announced by GEMS.

Revenue was US$381 million on a record production of 8.9 million tonnes in 1Q21.

Net profit was a whopping US$101 million. And GEAR gets 62.5% of that.For perspective:

With GEAR's bonanza profit, the market will be looking to strong dividends with the 1H2021 results, or at least in the final dividend.

In line with its diversification ambition, GEAR can be expected to put aside cash for M&A and to develop its coking coal and gold projects in Australia.

We have 3395 guests and no members online