MANDARIN ORIENTAL: If it sells its Excelsior hotel .....

Goh Han Peng recently became a shareholder of Mandarin Oriental International. A RHB Research analyst until recently, he contributed this article to NextInsight. 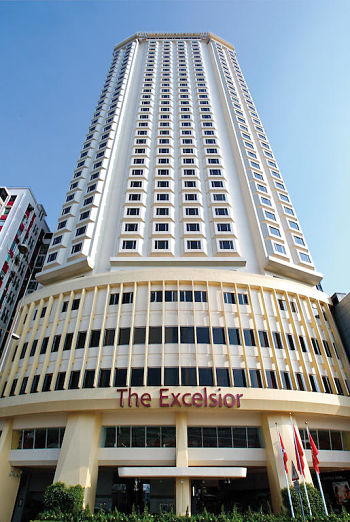 Photo: CompanyI would like to share a situational idea, Mandarin Oriental, which probably has more upside if the company sells the HK Excelsior hotel.

The company announced on 5 June 2017 it has earmarked its Excelsior hotel in HK for a "strategic review", which could lead to a sale.

Mandarin Oriental has already obtained planning permission for the hotel to be redeveloped into a commercial development with GFA 680,000 sf.

Commercial land plots are fetching sky high prices currently. A site at central HK at Murray Road was recently sold by the government for HK$50,000 psf, and was bought by Henderson Land.

This would equate to US$2.06/share, or the entire market capital of Mandarin Oriental!

The company has low net gearing of 8% on adjusted net assets, and if the Excelsior is sold, the company would be flushed with cash and there is a good chance of a special dividend being dished out.

So a sale would not affect the operating business of the Mandarin Oriental brand per se, except for some loss of earnings.

The company has a good pipeline of new managed hotels coming onstream, and this will add to the profit stream of the group.

-1 #3 lotustpsll 2017-06-30 08:32
Mandarin Oriental is a play on Deep Asset value. Just imaging the conversion of its flagship Hotel at Central HK to office space. This will be huge impact on its asset value. Valuers are estimating the Excelsior Hotel site will fetch about HKD30,000 to HKD45,000 psf.
Quote
+2 #2 drhobh 2017-06-28 16:29
May be too optimistic in the potential market value of Excelsior. The Murray road site sold at HK$50.000 psf probably refers to the site land area which is different from the GFA of a building like Excelsior, which at 680,000 sq ft probably sits on a site land area of no more than 50,000 sq ft?
Quote
0 #1 lotustpsll 2017-06-28 07:55
In view of the strong commercial property market in HK and the locality of this property. The potential sale of Excelsior will enhance shareholder value. I have initiated a position.

Thanks to Han Peng for flagging this.
Quote
Refresh comments list
NextInsight.net

We have 890 guests and no members online