Serial System's group revenue in 3Q this year grew 10% y-o-y, driven by its electronic components distribution business in South Korea and Taiwan as well as its consumer products subsidiaries.

Lower contributions were seen from Hong Kong and China, owing to increased competition.

Swift-Value Business and Serial I-Tech group, the Group’s wholly owned consumer products subsidiaries, generated total sales of US$50.2 million in 3Q2015 or 16% of Serial System’s top line. This was 74% more than their US$28.9 million contribution in 2Q2015.

Swift-Value, which Serial System acquired in May 2015, is the authorised distributor for Hewlett-Packard, Epson and Canon, and the authorised reseller for major brands such as Fuji Xerox, Samsung and Panasonic. 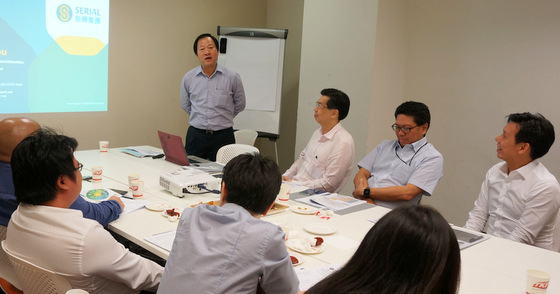 Serial I-Tech Group and Swift-Value, with their lower-margin business, contributed to the decline.

The lower margins, together with increased losses from associated companies, resulted in a smaller 3Q2015 net profit of US$2.2 million, compared to US$4.3 million a year earlier.

We have 269 guests and one member online