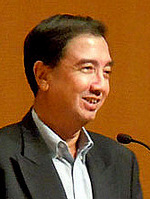 Kevin Scully, executive chairman of NRA Capital.I AM JUST recovering from my own health crisis but thought I needed to write something given the huge volatility facing markets over the last few days.

The Greek debt crisis is not new.  It first started in April 2010 about one and half years after the global financial crisis.  When this occured the Vix Index shot above 30 and the yield on 10 year Greek Govt debt was around 30%.  The famous Troika and other ECB plans were introduced that kicked the hard decisions down the road to the tipping point now.

Greece is a small country whose economy is about 80% the size of Singapore.  So even if it fails there wouldnt be a big impact on the Global economy.  The total debt of Greece is about US$380bn....its total failure (which is unlikely) will be a small dent in the Global banking system.  About half the debtors or Greece are Greek Banks, the rest being EU financial entities.  Bottom line, if Greece does default - there will be no global financial crisis like 2009.  We can compare Greece to Argentina when it defaulted in early 2000.

A Greek default and exit would be good !

I think a Greek default and exit from the EU would be good for Greece.  The Argentinian example shows that only after Argentina defaulted and devalued its currency significantly was the economy able to recover.  Greek GDP cant recover with the austerity measures required by its creditors - its unemployment rate is already close to 30% and 50% for those under 30 years old.

The current market sell off is a knee jerk reaction as investors take money off the table from the gains made earlier this year.  I also note that volumes are thin.  So rather than getting worried and panic and selling into the knee jerk reaction, the current fall in globa indices could provide a buying opportunity.

So how and what should we be buying when the falls continue ?

Once the dust has settled (it would probably take a few months as in 2010), the markets will return to fundamentals and focus on the more important trend - will US and global interest rates  rise in 2015.  The second important factor is when will energy prices will rebound.  Given the underlying strength of the US economy and the rising potential for inflation, I think the Fed will raise rates this year.

There is a short term flight to safety overnight - US treasuries but in my opinion this is temporary and probably the most over valued and risky asset class.  Dividend yield plays are likely to continue to under perform in a rising interest rate environment unless the dividend yields are in excess of 5%.  Energy prices should bottom and rise by year end once OPEC starts to tighten supply - it will do this once it sees that the Shale threat has been diminished by the current low price.

So the investment themes are - companies that will benefit from a strong US economy and thus strong US$ - for Singapore certain electronic stocks who sell in US and have costs in Asia.  The second area is oil & gas but watch out for over stretched balance sheets and excessive speculative building for for supporting industries like rig buildings and OSV companies.  The primary focus in my opinion should be energy extraction companies - so the oil majors first and than selected supporting companies that dont have strectched balance sheets.

This article was recently published on www.nracapital.com and is republished with permission.

We have 842 guests and no members online