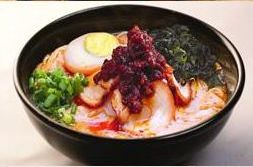 Earnings per share rose to 23.56 HK cents versus 17.92 HK cents in the year-earlier period.

Ajisen China said the increase in the size of operation of the restaurant group strengthened its bargaining power with suppliers and slowed down settlement of purchases.

“The robust revenue rise was mainly due to the increase in the number of restaurants of the group during the reporting period and the improvement in the growth of sales for the same outlets,” Ajisen China said.

The company also announced an interim dividend of 5.95 HK cents per ordinary share for the six months ended June 30 against nil a year ago.

The dividend will be paid on or around Sept 30 to shareholders whose names appear on the register of members of the company on Sept 23.

The group’s first half capital expenditure was approximately 209.5 mln hkd against 6.3 mln a year earlier, which was primarily due to the increase in purchase of property, plant and equipment for new restaurants and acquisition of an office in Nanjing, PRC. 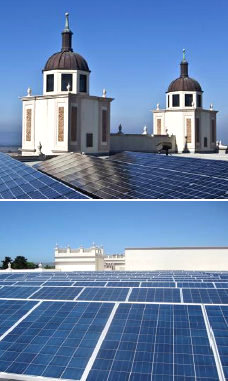 Another positive: GCL’s gross profit margin for its solar business in the first half was a staggering 44.2%.

The leading green energy supplier in China, providing power and heat via cogeneration, incineration and wind – and also one of the world’s leading silicon and solar wafer suppliers – realized revenue of 15.2 bln hkd, 1.6 times more than a year earlier.

In November 2009, the company made headlines when China Investment Corp (CIC) bought a 5.5 bln hkd stake in the nation’s biggest producer of polysilicon as the PRC’s dedicated sovereign wealth fund began its prolonged campaign to invest public money in renewable energy and commodities firms.

This was part of its strategic attempt to hedge against the ever-present specter of inflation.

In the first half, the group completed the construction of approximately 4.8MW photovoltaic (“PV”) power plants in the US and closed the sales and leaseback transactions for these projects with Wells Fargo.

This has brought up the group’s total PV installation in the US to approximately 11MW as at 30 June 2011.

In the first half, GCL Poly started construction on approximately 11MW of new PV projects in the United States, including a 5.2MW project in the San Diego, California Unified School District.

Another major breadwinner is a 5.8MW project in the Palmdale School District of the Greater Los Angeles Area.

These projects are expected to be completed in the second half of 2011, and the PV project development pipeline exceeded 1GW as at 30 June 2011.

0 #1 Guo 2011-09-20 12:57
Nothing is more "PRC domestic consumption oriented" than a restaurant chain, as they can't export their hot ramen soup, so I will be interested to see if this counter lives up to all the hype of the PRC domestic market story. Also, Jinko Solar's major pollution-cause d riots hopefully are not a problem for other panel makers like GCL?
Quote
Refresh comments list
NextInsight.net

We have 416 guests and one member online