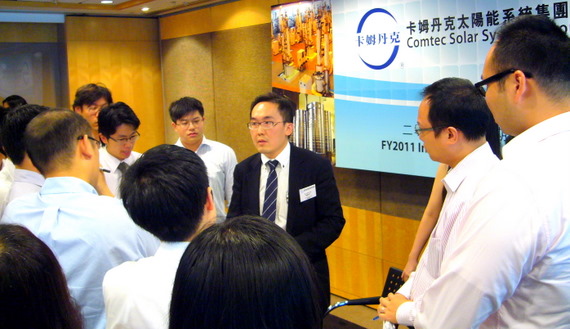 The Shanghai-based firm said its strong revenue growth was driven by a substantial increase in shipment volumes as a result of strong demand for the firm’s premium products, even within the context of a tough backdrop for the industry.

“During the period, we maintained healthy profit margins despite a soft macro market in which average selling prices declined along the whole industry supply chain,” said Comtec Chairman John Zhang.

Amidst a challenging and increasingly competitive industry environment, Comtec Solar strives to differentiate itself by offering higher value-added products.  Photo: Comtec
“By leveraging our leading wafer manufacturing platform, rigorous cost reduction efforts, a prudent polysilicon purchasing strategy and our healthy financial position, we have been successful in maintaining profitable operations.

"And this drives continuous healthy growth of our business in a competitive and challenging industry environment.”

Thanks to continuous cost reductions and efficient execution, Comtec said its gross profit increased 38.2% year-on-year to approximately 135.4 mln yuan, representing a gross margin of 23.6% (versus 22.8% a year earlier).

Comtec maintained a very strong and healthy financial position and remained in a net cash position of 20.5 mln yuan, with cash and cash equivalents amounting to approximately 809.0 mln as at June 30 (December 31, 2010: 293.7 mln). 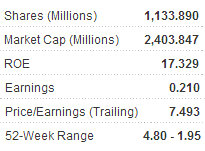 Comtec now: 2.01 hkd
In the January-June period, Comtec issued five-year convertible bonds of approximately 650 mln yuan, together with a warrant to subscribe for 50 mln yuan of new shares with TPG Capital with proceeds from the convertible bonds to be applied to further production capacity expansion.

Amidst a challenging and increasingly competitive industry environment, Comtec Solar strives to differentiate itself by offering higher value-added products with premium quality to its customers.

During the first six months of the year, Comtec completed the qualification process for pilot orders of its advanced monocrystalline wafers (the “Super Mono” wafers) which can achieve over 20% improvement in the conversion efficiency comparing to traditional P-type monocrystalline wafers.

Looking ahead, Comtec Solar said it is confident it can continuously drive down production costs in order to provide customers with advanced premium wafers.

The Hong Kong-listed firm believes the demand for solar products is highly price-elastic and the continuous improvement of the cost effectiveness along the industry supply chain will sustain strong prospects of the cost leaders in the industry and lift entry barriers to the industry.

Founded in 1999 and tapped into the solar wafer industry in 2004.  Photo: Comtec Solar
He added that so far, Comtec has received “very positive feedback” from its customers on its Super Mono Wafers and the firm has already commenced massive production of this premium product since July 2011.

“To cater to stronger market demand for advanced monocrystalline wafers, we will expand our production capacity to approximately 1,400 MW within the first half of 2012,” he added.

With its production base in Shanghai, it focuses on the design, development, manufacture and marketing of high-quality solar wafers and has accumulated strong industry experience in the manufacture of semiconductor ingots and wafers.

Currently, the company supplies most of its solar products to the leading solar cell/module manufacturers.

Listed on the Main Board of the HKSE on October 30, 2009, Comtec Solar is committed to enhancing product quality as well as developing new and innovative solar wafers.

As it is well positioned to benefit from the growth of the solar PV industry, the company aims to broaden its customer base internationally.

We have 426 guests and no members online