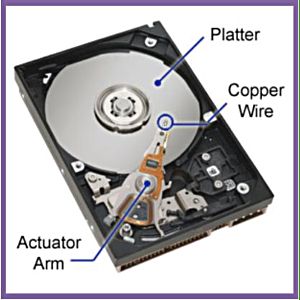 Excluding this, the company had performed inline with market expectations on an operational level. Broadway also announced an interim dividend of S$0.02, higher as compared to the S$0.01 dished out in 2Q09.

2) Industry Review – In its latest report, market research firm Gartner forecasts worldwide PC shipments to rise 15.3% in the last six months of 2010. For the full year, Gartner expects global shipments of personal computers to total 367.8m this year, up 19.2% from the 308.3m that were shipped last year.

Given that most PCs still use HDDs rather than flash memory as their data storage medium, we therefore believe that this positive macro outlook would rub-off on Broadway. Additionally, Gartner also predicts that worldwide semiconductor capital equipment spending is projected to surpass US$35.4b in 2010, a 113.2% increase from the US$16.6b seen in 2009.

3) Company Review – For Broadway’s HDD business, we are expecting them to grow alongside the industry as management is not expecting its market share to change drastically. Nevertheless, for the company’s foam plastics division, they are looking to improve margins through better economies of scale by cutting back on labour and relying more on automation. Pertaining to Broadway’s semiconductor equipment segment, we understand that they are now in the black after having incurred a loss of more than S$10m in 2009.

Our view: Among all SGX-listed companies that have a substantial exposure to the HDD sector, Broadway commands the highest earnings base and also has the largest market capitalisation. Yet its price earnings ratio is one of the lowest in the industry.

Given the bullish macro outlook while the c.S$10m loss seen for its semiconductor equipment business during 2009 is now already in the black, we are forecasting that the company should be able to see bottomline line growth of at least 26% YoY.

DBS Vickers says Jaya Holdings is ‘rising from the ashes’

• Controlling shareholder may look to exit investment in Jaya to recycle capital. 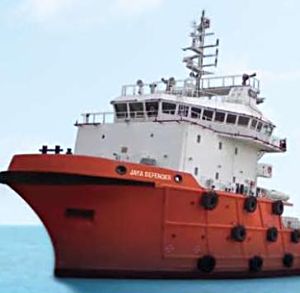 Out of the woods. Jaya is an established builder and owner/operator of offshore support vessels. It has successfully emerged from a major debt restructuring exercise early this year. Today, Jaya’s balance sheet is much stronger, with lower net gearing of 0.3x. Its risk profile has also been reduced on a moderated newbuild programme of 30 vessels.

Growing recurring income from offshore shipping. We expect a 59% y-o-y drop in FY11 earnings on fewer vessel sales/disposals of 8, vs. 19 in FY10 when Jaya accelerated sales to boost cash reserves and repair its balance sheet.

Potential takeover target? We believe Jaya could be a potential takeover target given its strong cash generation potential, low valuations (1.1x P/BV, vs. its historical mean of 1.9x and peers’average of 1.5x), and experienced management team. Further, with media reports of Jaya’s controlling shareholder, Affinity (via Nautical Offshore), looking to re-list UTAC, we believe it may also be looking to exit from its investment in Jaya, possibly in a bid to recycle capital.

Proven track record for unlocking value from its assets. Jaya has a solid track record for unlocking value from sale/ disposal of its vessels. We hence base its valuation on RNAV and derive a TP of S$1.15. We believe Jaya is a more appealing investment opportunity now, with its successful debt restructuring, and reinstate coverage with a BUY recommendation.

We have 265 guests and no members online