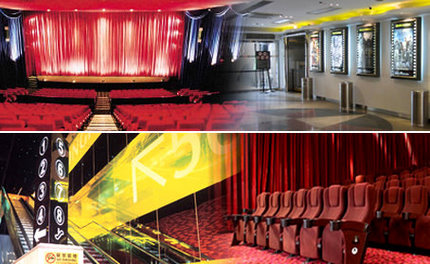 ORANGE SKY GOLDEN HARVEST ENTERTAINMENT (HK: 1132), the top cinema operator in both Singapore and Taiwan, saw its 2011 profit from operations rise 37% year-on-year to 137 mln hkd thanks to steady expansion in the PRCs film distribution and cinema operations market by the Hong Kong-listed firm.

Helping matters greatly was the recent ruling from Beijing allowing more than 20 foreign movies to be screened in the country.

“This strong 2011 performance was primarily attributable to contribution from 18 new cinemas being opened in Mainland China and strong performance of our exhibition business in Taiwan and Singapore,” Orange Sky Golden Harvest Chairman and Executive Director Wu Kebo said.

In August 2011, the group entered into a settlement agreement with Legend Pictures and received a sum of 30 million usd to transfer the Group’s equity interest in Legendary back to Legendary and to terminate a non-binding MOU dated 23 September 2010 entered into between Orange Sky Golden Harvest and Legendary. The group recorded a gain of 29.4 mln hkd (net of related expenses) during the year.

During the year, the group raised additional bank borrowings of approximately 400 mln hkd and spent around 613 mln hkd in capital expenditures, mainly for new cinema projects in Mainland China, Taiwan and Singapore.  Golden Harvest maintained its gearing ratio at a “reasonable level” of about 20% (2010: 6%), the company added.

As of end-2011, Golden Harvest was operating 53 cinemas with 405 screens across Mainland China, Hong Kong, Taiwan and Singapore, significantly up from 33 cinemas with 250 screens a year earlier.

The total number of screens increased by 62% with seating capacity jumping 43%, and most of these newly opened cinemas commenced operations in the second half of 2011.

Golden Harvest’s cinemas served approximately 29.5 million guests across the PRC, Hong Kong, Singapore and Taiwan during the year, compared to 23.8 million in 2010.

Gross box office receipts, on a full and aggregated basis, was registered at 1.67 billion hkd, representing a strong 27% growth from the year prior. 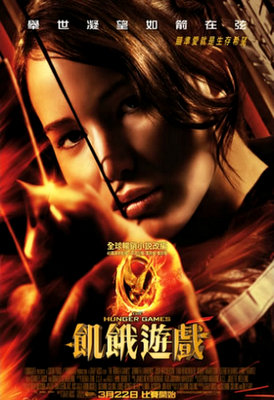 In 2011, Golden Harvest’s 53 cinemas generated 1.25 billion hkd of turnover for the group, accounting for about 88% of total revenue.

Meanwhile, the major Chinese-language blockbusters were Beginning of the Great Revival (Founding of a Party) (建黨偉業), Love Is Not Blind (失戀33天) and You Are The Apple Of My Eye (那些年，我們一起追的女孩).

Golden Harvest said it is committed to pursuing visual and audio effects perfection to improve moviegoing experiences for its audiences.

Currently, all of its screens in Mainland China, Hong Kong and Taiwan have been fully installed with digital equipment and over 40% of the group’s screens are 3D compatible.

“Singapore will complete the digitalization of its projection equipment within 2012,” the company said.

Meanwhile, In Taiwan the group is the exclusive digital IMAX operator and added three new digital IMAX screens in 2011.

“We also entered into a strategic collaboration with SONY China to introduce the unprecedented SONY 4K Projection System into our Mainland China multiplexes.

“Currently, we have installed 84 sets of SONY 4K Projection System in our Mainland China multiplexes and we believe these unrivalled visual effects would take the viewing experience to the next level,” Golden Harvest Chairman Wu added.

0 #2 Andrew 2012-04-02 17:37
Dear Mr. Chan, Thank you for your query. As for trading in Hong Kong shares, I think a good place to consider starting would be via HSBC, the largest lender in Hong Kong. The world's second largest bank also offers relatively low brokerage fees of just 0.25%. Their stock trading site can be found here: http://www.hsbc.com.hk/1/2/hk/investments/stocks Happy investing!
Quote
0 #1 chan_adrian1982 2012-03-30 08:35
I am new to investing. Is it hard to buy HK stocks in Singapore? This Company looks interesting. I always go to Golden Village to watch movies. If follow Peter Lynch style, i should buy this stock.
Quote
Refresh comments list
NextInsight.net

We have 2965 guests and no members online