At Dukang's recent telecon with investors, its CEO Zhou Tao spoke from headquarters in Zhengzhou, China. He explained the Group's aggressive plans to gain market share. Photo by El Lee. 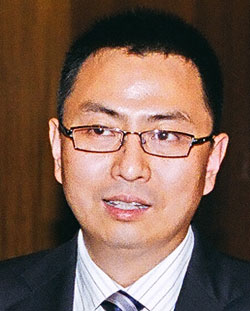 Dukang’s FY2012 sales had grown 28.1% year-on-year to Rmb 1.8 billion, thanks to a higher sales volume and rising average selling price for products under the Dukang brand, acquired in May 2010.  Net profit attributable to shareholders increased to Rmb 218.1 million, up 29.8%.

The name “Dukang” is widely recognizable in Chinese literature as it is in fact the name of a semi-legendary inventor of Chinese liquor in ancient China.

When the company acquired Luoyang Dukang, the Dukang Baijiu was already well established in Henan, the largest Chinese province of Baijiu consumption with an estimated market size of Rmb 35 billion.

About three-quarters of Luoyang Dukang sales come from Henan, where it has a market share of less than 5%.

“There is room for gaining market share in Henan as well as in other provinces. We are already in places like Tianjin, Hunan, Shandong, Guangdong, Hebei, Northeastern China and Inner Mongolia,” said the CEO, who dialed in from Dukang's headquarters in Zhengzhou, China.

”It is our strategy to revive Dukang as a national brand”, he added.

In 3QFY2012, it started an aggressive advertising campaign which put its premier product, Jiuzu Dukang, on national TV. 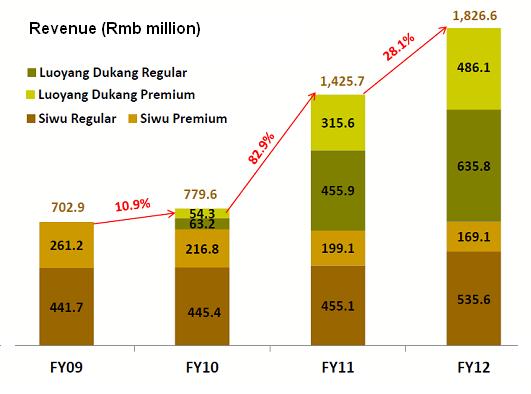 Below is a summary of questions raised at the telecon and the replies provided by Mr Zhou and investor relations manager Ngo Yit Sung. 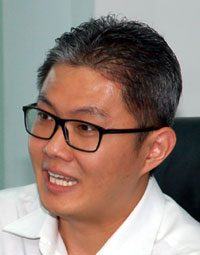 More than 50% of our inventory is grain alcohol, which is stored and becomes aged alcohol.  Grain alcohol inventory level is an indication of capacity. We hold very little stock of finished alcohol bottles as we only do bottling upon receiving orders from customers.  Such an inventory composition is common among wine breweries.

Inventory was flat from 4QFY2011 to 3QFY2012, followed by a jump of more than 40% in quarter-on-quarter inventory in 4QFY2012.
We fully revived Luoyang Dukang's fermentation pools in 2QFY2012, but the inventory showed no growth in 2QFY2012 and 3QFY2012 because the amount of grain alcohol produced during these quarters is equivalent to the amount of aged grain alcohol depleted for bottling due to the peak seasons. The jump in 4QFY2012 inventory is because we are able to produce more grain alcohol than needed for bottling due to the low sales season.

Q: Is it realistic for investors to expect Dukang net margins to increase from the current 12% to reach the national average of 15%?

There is definitely room to grow our net margins.

Nonetheless, we are at the stage of high advertising expenditure to step up brand awareness of Dukang brand of products in the PRC as we are now ready to go nation wide.

We will gradually step up Luoyang Dukang's advertising and promotion (A&P) going forward.  We are budgeting an A&P expense ratio of about 10% to 15% for Luoyang Dukang. Group A&P expense is expected to be 10% to 12%.

We think that our net margins will be flat for now, but will gradually increase when advertising expenditure is moderated with strong sales growth. 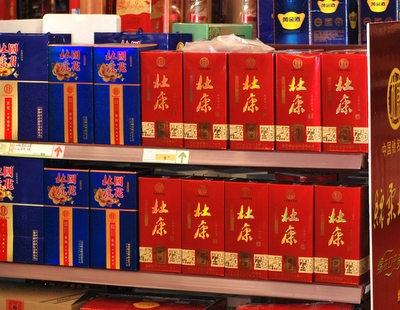 Q: What is your marketing strategy?

To move sales, 3 factors must be in place.

Firstly, we must have visibility in hotels, restaurants and shops.

Secondly, distributors must be willing to sell it, and this is dependent on product quality, pricing and credit terms.

Thirdly, we must give consumers a good reason to buy our Baijiu. For example, we can encourage corporates to use Dukang Baijiu as an employee award. We also make it conveniently available to consumers by offering both retail and online purchases.

During 2Q (Oct-Dec) and 3Q (Jan-Mar), Baijiu sells especially well because of the cold winter and festivals like Chinese New Year.

Q: Do all distributors get the same price?

Yes, factory price is the same. We do not give discounts for bulk purchases.

Q: Why is your packaging so elaborate?

Chinese are image conscious. Elaborate packaging is the norm for Baijiu and is necessary as Baijiu is often used as gifts and consumed during important dinner events.

Q: Have there been incidences of fake Dukang wine in the market?

Yes, we are working with the large supermarkets and distributors to take the imitation products off their shelves.  We also work with local authorities to trace the counterfeit source and shut down the perpetrators. 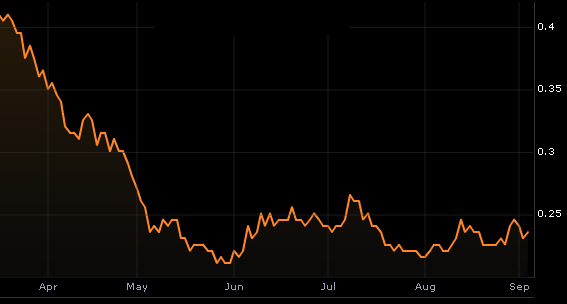 0 #2 vincent ng 2012-10-10 10:37
after so many fradulent accounting with s chips, investors are very wary of accounting numbers of the s chips, how can the numbers be verified with some certainty?
Quote
0 #1 jeremy 2012-09-10 06:59
it seems like investors are either lukewarm or Dukang has not engaged the investors sufficiently despite having such good results and seemingly bright future...strang e!
Quote
Refresh comments list
NextInsight.net

We have 3272 guests and no members online