Could hit trough in 2H22F with real estate headwinds 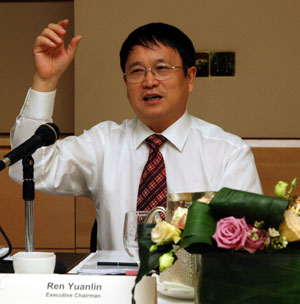 Gross NPL ratio spiked to 30.8% as at end-3Q22, more than double the 14.4% average over FY18-21. Although YZJFH has a 2.3x coverage ratio backed by land/building collaterals as at end-1H22, and had made a provision for loan losses of S$14.8m in 3Q22, we think sustained Covid-19-related lockdowns could prolong lacklustre home sales and further dampen property values in 1H23F.

We believe YZJFH has c.80% of its debt investments slated to mature by 1H23F, and hence NPL increases and mark-to-market losses could weigh on its 2H22F earnings. We estimate a 37.8% hoh net profit decline in 2H22F.

Liquidity pool scheme to expedite offshore investments
YZJFH secured from the People’s Bank of China (PBOC) a liquidity scheme to facilitate cross-border fund transfers of up to Rmb10bn from China, equivalent to c.50% of its total asset under management (AUM) of c.Rmb22bn, in our estimates. It had targeted to transfer S$1bn to Singapore by end-FY22F.

We think c.S$610m has been transferred as at end3Q22 (including S$99m spent on share buybacks), and transfer of the remaining c.S$390m has been delayed to end-Jan 2023F. We believe the liquidity pool scheme increases the certainty of transferring funds to Singapore, spurring offshore investments, taking YZJFH’s fund management business out of limbo.

However, we think YZJFH’s cash drag situation could be extended as the volatile macroeconomic environment weighs on investment opportunities. Investments also take time to reap returns, and track records take time to build. We now ascribe a 30% discount to private equity (PE) peers in our SOP valuation.

We have 3132 guests and no members online