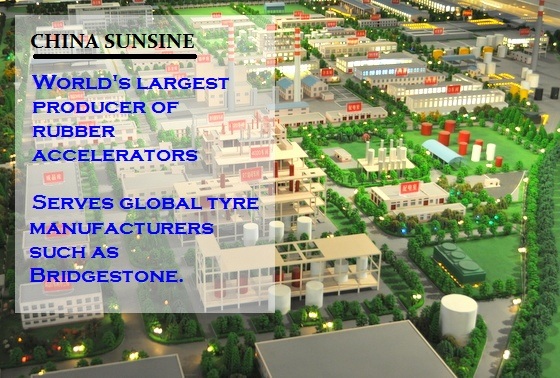 We can come up with 2 scenarios regarding the upcoming profit results:

Sunsine has a peer with good news too. Shenzhen-listed Yanggu Huatai announced on 11 July that its 1H22 profit is expected to be between RMB 267m and RMB 297m, a year-on-year increase of 58% and 76% respectively (最近调仓（二）：阳谷华泰_FX112财经 (anewsday.com)).

Sunsine is much bigger and more profitable than Yanggu Huatai, as this table shows:

*** after subtracting RMB 48m tax credit attributed to the prior year

As Sunsine was adding 82,000 tonnes to its 172,000-tonne capacity when the world was beset by the Covid-19 pandemic, worries abounded; but Chairman Xu Chengqui was cool, calm and collected in his address in the 2019 annual report:

And he made even more positive remarks in the 2021 annual report:

As weaker players falter or fold amid the pandemic, gaps in the market left by them are filled by stronger ones like Sunsine and Yanggu Huatai.

With a strong 1H22 profit and progressive ramping up of the 82,000-tonne new capacity, a new record profit for 2022 is on the horizon.

My article published on Nextinsight dated 20 July 2022 on Sunsine's tepid share buyback attributes this to a self-imposed cap.

Sunsine cannot initiate buybacks because subsequent transactions by other parties may not be enough to bring the repurchased shares below 30% of the total of the day.

For the same reason, it cannot take shares offered for sale at a depressed price. And such inaction is interpreted by investors as a lack of confidence in its own prospects.

Bemused disbelief is the common reaction when investors learn that Sunsine is the only company that imposes on itself the 30% cap. It is high time to rescind the self-imposed cap.

We have 1046 guests and no members online