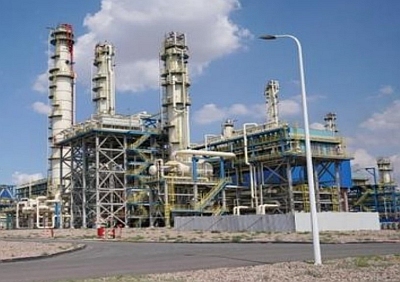 Jiutian factory in Anyang city, Henan Province.This compares to our initial estimate of Rmb7,500/tonne for 2021, and was due to the sustained industrial recovery in China. Further, the industry is facing a DMF supply shortfall on the absence of new manufacturing plants, due to a cessation of approvals by the Chinese government on environmental concerns.

We do not see any resolve on the environmental concerns in the near term and are of the view that there will not be any significant increase in DMF supply, which will support prices into 2022 and 2023. Any indication of new supply would require a minimum 9-12 month period for trial and regulatory approvals.

• Ample supply of feedstock translates to a widening spread of gross profitability. Conversely, the ample supply of methanol, the major raw material for DMF production, has kept feedstock prices steady.

Average methanol price in 11M21 saw an increase of 15.3%, according to CEIC Data. This implies a widening spread in gross profitability (see chart on page 2) for Jiutian Chemical Group (Jiutian), and we expect 4Q21 financials to reflect a significant scale-up in gross margin and operating leverage.

We are of the view that DMF price will sustain due to rising demand from new users stemming from the lithium battery and semiconductor sectors in China.

STOCK IMPACT
• Gross margin expansion anticipated. Averaging 12% in 2016-19, adjusted gross margin is expected to more than double to 30.1% in 2021 and 35.6% in 2022, mainly due to higher selling prices for products. This is despite higher growth in raw material cost assumptions of 22% and 25% in 2021 and 2022 respectively, based on a conservative multiplier on the forward curve on crude oil futures.

• 4Q21 to mark positive reversal in balance sheet health. We are expecting 4Q21 to mark the turnaround for Jiutian’s balance sheet to reverse into accumulated profits from losses, which it has been in since 2009. We believe this will better position the group to pay dividends going forward.

• Solid FCF generation. Along with the strong operating leverage that will catapult earnings trajectory, free cash flow (FCF) generation is expected to remain strong. Our estimates suggest a rising FCF of Rmb336.2m and Rmb354.1m for 2021 and 2022 respectively.

EARNINGS REVISION/RISK
• We have raised our 2022 and 2023 price assumptions for DMF by 40% and 33.3% to Rmb10,500/tonne and Rmb10,000/tonne respectively, based on our view that China’s industrial growth can be sustained and further backed by the continued industry supply shortage.

We have 629 guests and no members online