"Portuser" contributed this article to NextInsight 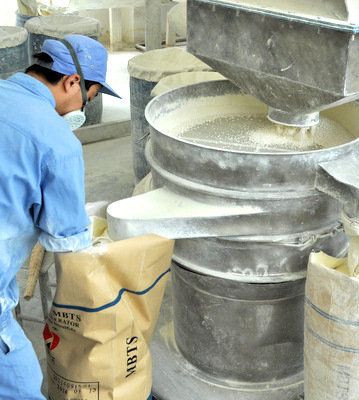 Rubber accelerators being produced at China Sunsine. NextInsight file photo.As RAs (IS and AOs as well) are sold on a cost-plus basis, high raw material prices bode well for Sunsine, unlike commodity chemical companies that compete on product prices and must absorb cost increases.

Aniline is the main raw material for the manufacture of RAs. 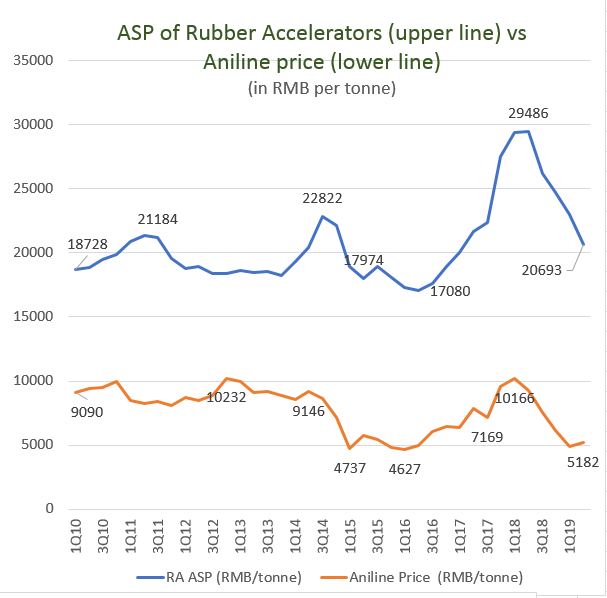 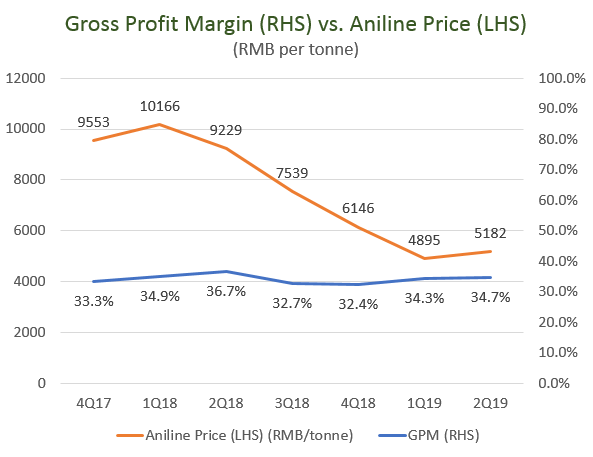 GPM variation in those earlier years was significant even though aniline price was relatively stable (graph below): 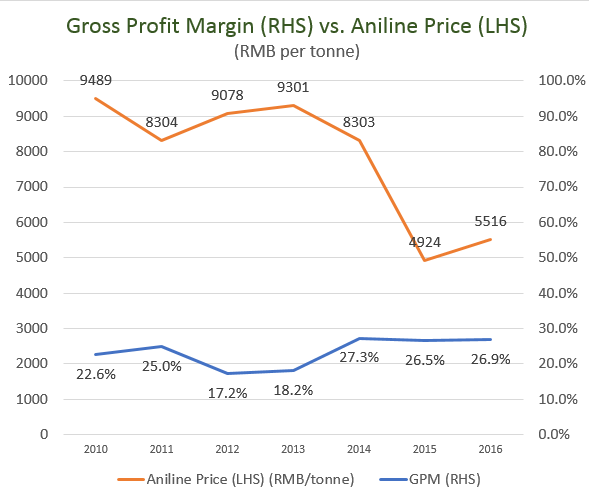 The stable GPMs for the two periods (2014 - 2016 and the recent seven quarters) were the outcomes of stricter enforcement against polluters.

Starting in 2014, local governments in China closed some RA factories for excessive waste discharge, reducing excess RA supply. In the middle of 2017, the central government joined in and the closure of more RA factories resulted in even better balance between supply and demand.

The ASP of rubber accelerators has trended up. For instance, recent ASPs were higher than before for comparable aniline price of RMB 5,000:

We have 3020 guests and no members online