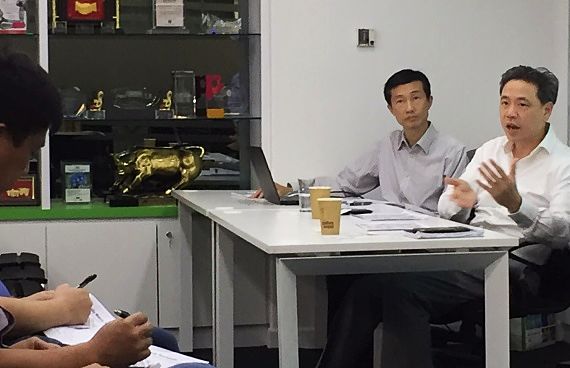 Although still in the early phase of ramping up production of its flagship product, we believe its growth prospects are positive from our understanding of the indicative orders from a leading major chip maker for the next five years. AEM’s valuations are attractive, trading at less than half of comparable peers. We believe AEM’s share price may have the potential to double over the next 6-12 months if it keeps up its latest performance.

Production of machines requires years of close working collaboration with customers
AEM designs and builds high-density semiconductor test handlers used by the world’s leading chip manufacturers. According to the company, its machines allow significant quality and cost savings for customers.

Its machines are the product of 5 years of research and development investments, and it is now in the commercialization phase, where it expects to achieve substantial growth in 2017. We note that the customisation of its machines – requiring years of close collaboration with customers - makes it difficult for competitors to penetrate the same segment.

AEM would be trading at 3.5x forward P/E, assuming an annualised 3Q16 net profit, representing an upside of >100% if it were to re-rate upwards as it continues to show bottom line improvement in subsequent quarters.

We have 840 guests and no members online