LORENZO: How we aim to turn around

Lorenzo International held its AGM yesterday with some shareholders seeking to understand the company's road map for the near future. The substance of it is contained in the deputy chairman's message in the 2015 annual report. The man at the helm is Lim Pang Hern, who was appointed deputy chairman in March 2015 shortly after his investment vehicle, BD Corporation, acquired a 29.08% stake in Lorenzo via married deals. 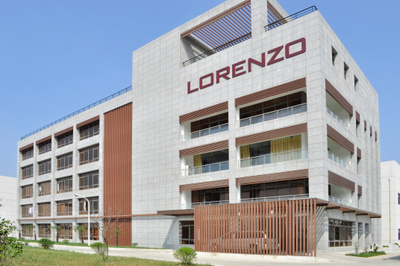 Let’s start with our very large fully-owned factory that sits on about 500,000 sq ft of land in Kunshan on the outskirts of Shanghai which we opened in 2009. We identified that its low utilisation rate in the past, resulting in significant operating losses, must be addressed. We are happy to report that it is already seeing much better utilisation rates. That, in part, comes from producing and installing leather covers for the sofa sets of a well-known high-end Italian brand. This attests to the high quality of our production hardware as well as our production process.

OEM
To further boost the rate of utilisation not only of our China factory but also the one in Malaysia, we target to produce furniture under third party labels. For example, we can produce furniture for the many furniture retailers in Malaysia. This is a revenue stream that we want to develop, although in the past our factories had produced furniture largely for our Lorenzo retail stores.

Fresh Designs
In the latter part of 2015, Lorenzo management directed a lot of effort into sourcing for new designs from Europe for our furniture range. We seek designs that will appeal to younger customers, a major consumer segment which we have not paid sufficient attention to in the past few years. Some of these designs first became available recently in our wholly-owned stores in Singapore. Even our advertisements are taking on a refreshed look! This is not a one-off matter: We are serious about constantly sourcing for fresh designs for our sofa, dining and bedding range.

To further push sales to the younger customers, especially in Malaysia, our biggest retail market, we will convert some stores into the factory outlet concept. There, we will sell more affordable furniture. Malaysia is also where we want to expand the number of licensed stores (owned by third parties) under our LRS Scheme, which does not require our capital to set up.

We will also push sales to overseas markets such as South Asia (India and Bangladesh), Myanmar and the United States. To that end, we recently appointed new external sales agents, established business connections, and boosted our in-house business development staff. We will also be participating in several key furniture fairs in the region, the United States and Milan to secure orders. In other words, we are renewing our emphasis on exports, a segment which has seen revenue fall to only S$2.5 million in FY2015 (from S$10.1 million in FY2014).

Also, reflecting a hungrier mindset, we have been actively doing road shows in shopping malls in Malaysia to reach out to consumers. We have also been in talks with some property developers in Malaysia to strike deals whereby the developers buy Lorenzo vouchers to offer as sales incentives to buyers of their new property developments. The developers’ response has been encouraging and we are hopeful that this will become a new and meaningful revenue stream for Lorenzo.

Projects
We are targeting turnkey projects overseas to fit out property showrooms, new condominiums and student accommodation. We have developed business connections which will help us in this effort. With this in mind, the Company has incorporated a new wholly-owned subsidiary in Singapore - Lorenzo Concept Pte Ltd. Aside from our furniture, our wholly-owned subsidiary, Builders Shop, aims to supply building materials such as tiles and wood strips, to these projects. This is a very promising space, where the revenue per contract is significant and gives us income visibility.

In April 2016, the Group raised S$1.2 million for general working capital purposes through the placement of 60,000,000 new shares. Such are the initiatives that underpin a clear plan we are developing to re-shape Lorenzo and enable it to recover progressively. The Lorenzo brand, nurtured since 1983, is a well-recognised one among consumers in many countries and, though it has lost some lustre in recent years, it can shine brighter again.

In Appreciation
On behalf of the Board of Directors, I would like to express my sincere thanks to all our valued customers, suppliers, business associates and shareholders for their long-standing support of Lorenzo. My Board of Directors and management and staff, which have undergone some renewal, also deserve appreciation for their professionalism in their work. I would also like to thank Ms Lie Chin Chin, who has stepped down as an independent director, for her invaluable contributions in the past 10 years.

We have 2415 guests and no members online