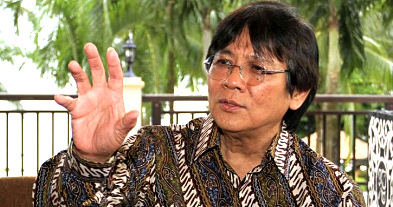 Now there is a small water play based in Indonesia -- Moya Holdings Asia -- which a big Indonesian tycoon has taken control of. 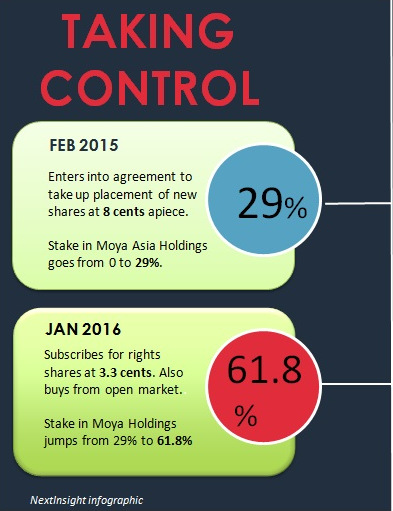 In less than a year, Anthoni Salim has taken control of Moya Holdings using S$74 million cash -- through a subscription of new shares and through a rights issue (see infographic).

That works out to a cost per share of 4.3 cents, while the stock price recently was 3.9 cents (translating into a market cap of S$109 million).

The share price has shot up recently from a 52-week low of 3.0 cents.

And so it goes for another six companies until we reach Tamaris Infrastructure, in whose name the Moya Holdings shares are held.

So in the space of less than a year Moya Holdings finds itself with loads of cash in hand from, mainly, a change of controlling shareholders.

The proceeds were earmarked mainly to be deployed to Build-Operate-Transfer (BOT) waters supply projects which Moya Holdings is developing in Indonesia.

We have 1578 guests and no members online