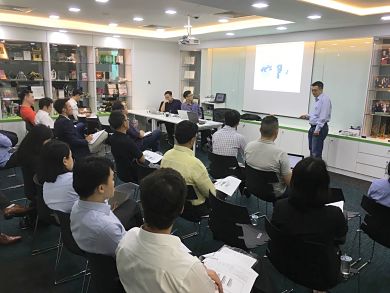 (The reported cashflow was S$9.4 million but that's after deducting S$14.7 million for construction costs relating to its build-operate-transfer water projects.) 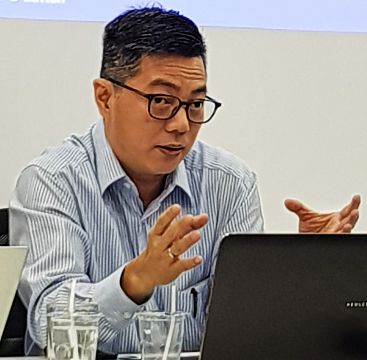 Moya CFO Darmasen Anwar.
Photo by Leong Chan TeikMoya, now the largest private water player in Indonesia with a production capacity of 14,000 litres per second (lps), is set to increase its sales volume.

It is investing a total of S$110 million in its PT Moya Tangerang project, with expansion in the following areas:

♦ Installed pipe network from the water treatment plant to end-users will go up from an initial target of 631 km to 1,200 km.

At its PT Moya Bekasi Jaya, also a build-operate-transfer project, a pipeline network from the plant to end-users is being extended, which will allow for more water sales.

Commenting on the Group’s results, managing director Irwan A. Dinata said: “Indonesia’s water sector presents huge growth potential as the government aims to achieve universal access to water supply and sanitation. The Group has benefited from the accretive acquisition of the Acuatico Group and we believe that there are more opportunities in the sector awaiting us.”

If there is one negative, it is the finance cost that Moya bears for its S$354.4 million borrowings as at end-June 2018.

Finance cost increased by S$17.2 million, from S$1.8 million in 1H2017 to S$19.0 million in 1H2018, mainly due to interest expenses of a bank loan in connection with the Acuatico acquisition.

We have 916 guests and no members online