Below is an excerpt from a report by DBS Vickers analyst Ho Pei Hwa on the stock. 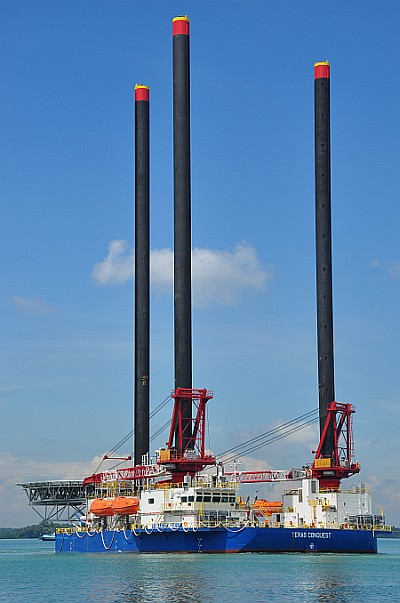 We reiterate our conviction BUY on Ezion as we believe its stock price would soon recover to the S$1.20 level, prior to the emergence of a dispute with rig-operator partner Atlantic Marine Services (AMS), following AMS’s withdrawal of its lawsuit against Ezion.

It is a win-win situation that both companies are now looking to continue the partnership in the North Sea after a change in AMS’ management.

Ezion is well-positioned to benefit from the rising popularity of liftboats in this region, capitalising on its first-mover advantage.

We believe service rigs are in an early growth phase, buoyed by the substitution effect to replace typical work boats/barges in this region.

Ezion has a prudent business model. Fleet expansion is backed by long-term charters of 3-5 years.

Demand is also relatively more resilient as service rigs are exposed to the production phase in the shallow water segment.

Only 10-20% of Ezion’s fleet, largely in Mexico, are deployed for developmental drilling which see relatively higher risks of cancellations amid low oil prices.

Key Risk to Our View: Rate reduction and contract terminations

We estimate that every 1% decline in average day rates will reduce bottomline by 2%. We have prudently assumed a 5% rate reduction in FY16. Five service rigs are due for charter renewals in FY15-16. So far, three have been renewed at similar rates.

Besides, the Mexican contracts appear to be at risk of termination as these consist of the few units that are deployed for drilling and there have been several cancellations in that region, though there has been no such indication from its customer, the Mexican state-owned petroleum company, PEMEX, thus far.

We have 1502 guests and no members online