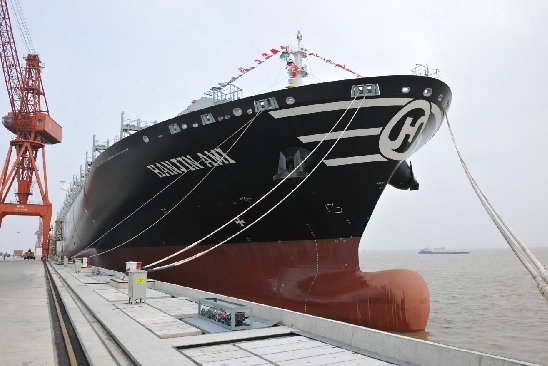 YZJ has won US$1.42bn of contracts YTD in 2014, close to its US$1.5-2.0bn expectation for the year. With these contracts, we expect YZJ's yard to achieve high shipyard utilisation through 2016. In 2015, we expect YZJ's shipbuilding product mix to continue to yield healthy margins.
The profitability of its order book has been helped by weaker steel prices and gains in construction efficiency for its first batch of large 10,000TEU containerships.

About 25% of YZJ's costs relate to steel plates, thus the 40% decline in steel prices since the contracts were inked in 2011 has boosted gross profit margins, while drydock days have been cut from 130 to 70. YZJ expects to start recognising revenue from a batch of highpriced bulk ships; this helps mitigate the impact of a second batch of lower-priced containerships commencing recognition.
Meanwhile, accounting profits will be bolstered by one-off gains of Rmb715m related to compensation for moving from its Old Yard. These are currently reflected in its balance sheet, and are likely to be recognised through the P&L in 2015.

Our key concerns with YZJ relate to the risks surrounding its held-to-maturity investment portfolio. In H114, YZJ announced plans to scale back on its expansion of this division. We were initially sceptical if there would be follow through, but in the past two quarters, we have seen some small progress. YZJ's management aims to limit capital allocated to its non-shipbuilding related division to Rmb16bn. New measures were also introduced in Q314 to address the risks associated with these products, including more scrutiny on the borrowers' creditworthiness. 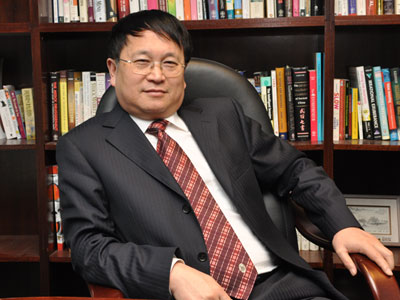 Ren Yuanlin, chairman and CEO of Yangzijiang.
NextInsight file photo.YZJ was pushed towards this path, following allegations of insider trading and share price manipulation against its CEO in early June 2014, concerning one of the companies its CEO had invested in. YZJ's response was that "these allegations and its publicity are mischievous, and calculated to damage him".

Our Internet search for further news has not unearthed new developments since June 2014. This is not to say that all outstanding issues against YZJ's CEO have been resolved.

But we note that YZJ has at the very least taken steps in the right direction in acknowledging shareholder's concerns regarding its held-to-maturity investments, and there appears to be more alignment between the company's articulated strategy and what shareholders want.
Recent story: YANGZIJIANG: Chairman donates RMB520 m to charitable causes

We have 1189 guests and no members online