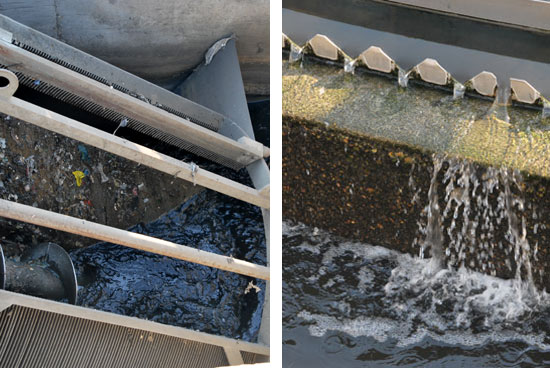 HanKore is commissioned by municipal governments to build and operate plants that treat wastewater (left), transforming it into clear water (right).

HANKORE ENVIRONMENT TECH GROUP is a beneficiary of China's plans to invest Rmb 430 billion in urban wastewater treatment and recycling in its 12th 5-Year Plan (2011 to 2015).

Its 1QFY2014 (Jul to Sep) net profit more than doubled (up 149%) year-on-year to Rmb 30.4 million, thanks to increases in revenue from plant construction and recurring water tariffs. 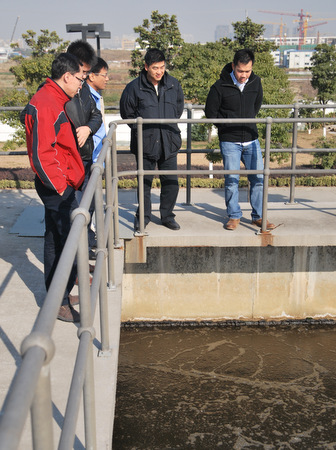 Analysts inspecting a HanKore facility with management.Last week, I had the chance to visit two of Hankore's wastewater treatment projects with 3 analysts from UOB Kayhian, OSK-DMG and CIMB-GK.

Currently, HanKore has municipal water treatment projects with a total treatment capacity of 750,000 tons a day.

When Phase 2 is completed at the end of next year, its total capacity will increase by more than 30% to 1.1 million tons a day.

The discharge standards for several of its projects are being upgraded from Grade 1B to Grade 1A, resulting in cleaner water being discharged into the rivers.

For that, higher water tariffs are expected to be paid to HanKore by the authorities.

The tariff increase could be as much as 40% to 50%, as in the case of its Xianyang Eastern Suburbs Wastewater Treatment Plant located in Shaanxi Province.

It has also ventured downstream into equipment design and manufacturing.

In June, it acquired Jiangsu Tongyong Environment Engineering, a manufacturer of water treatment equipment. The acquisition strengthens its EPC capability.

Control room with an interactive flowchart of the various wastewater treatment processes at Suzhou Jindi plant.

The analysts had a favorable impression of Hankore's operations.

Following the visit, CIMB-GK analyst Roy Chen issued a non-rated report with a target price of 7.8 cents, about 10% above its recently traded price of 7.1 cents (Mon market close).


"Riding on China’s inevitable trend of increasing environmental awareness, HanKore’s water treatment business is set to soar on both capacity expansion and higher tariffs from the water standard upgrades," said the analyst. 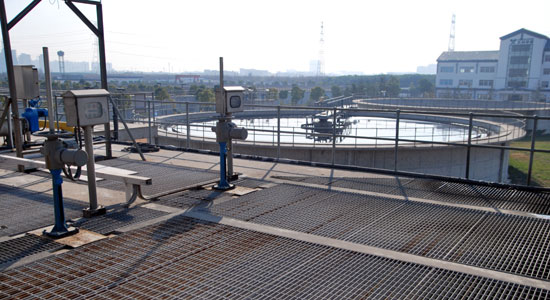 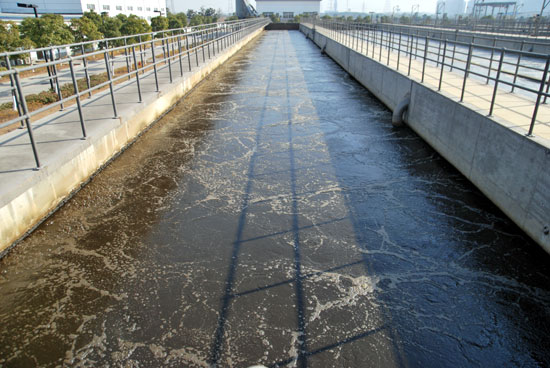 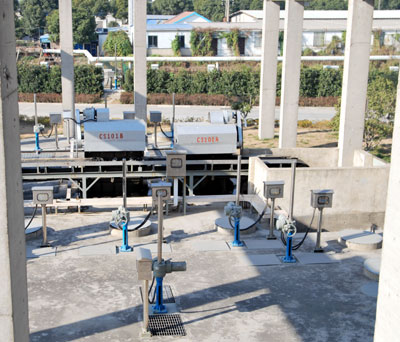 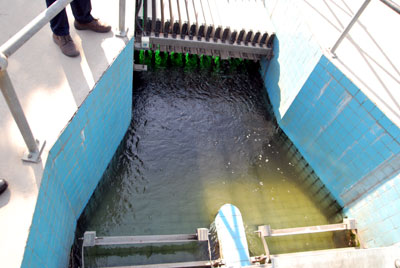 Ultra-violet radiation is the final stage of the water treatment process, after which clean water is discharged into the river. 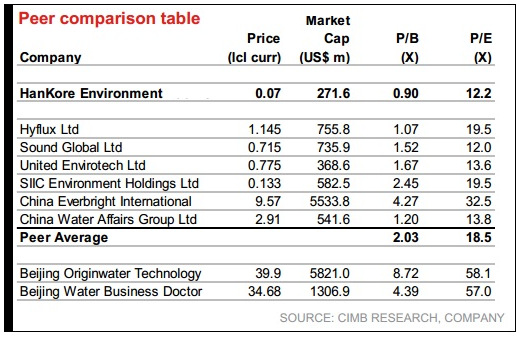 0 #2 Hani 2013-12-20 15:21
Unlike some of its state-owned peers that have strong government background, HanKore is pretty much on its own. The group‟s Executive Chairman Chen Dawei is currently the biggest shareholder and owns a 16.3% stake.
Quote
0 #1 curiouspie 2013-12-19 08:41
I am a current shareholder of hankore but i am just wondering why Hankore is not actively bidding for greenfield projects. From what i heard, there are plenty of greenfield projects up for grabs right now. And this opportunity is only valid for 3-5 years after which the water treatment industry will reach saturation point. What is hankore payback period for greenfield or brownfield projects?Is their cost too high to compete with 北控 in tender?
If hankore water treatment capacity is too small, they will likely be phased out soon due as they will not be able to secure a license issued by the central govt allowing them to operate water treatment plans...cosolid ation is on the cards!
Pls help ask these questions to the management if u are a diligent analyst.
Thanks.
Quote
Refresh comments list
NextInsight.net

We have 1177 guests and no members online