TERENCE WONG: My portfolio is up 44% since the start of the year 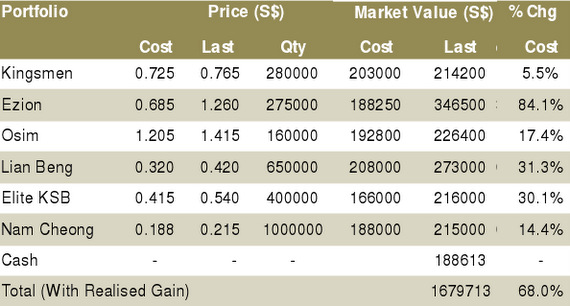 My (very calculated) bet on the offshore and marine sector paid off, with Ezion Holdings and Nam Cheong popping up 5% and 7.5% respectively over the past week.

OSIM also did well for the second consecutive week, rising 5.6%.

With the Fed unleashing the third round of QE, investors were looking for growth oriented stocks.

My model portfolio is peppered with such stocks following a decisive switch to a more aggressive stance at the start of the quarter ( I sold off all my REITs then).

My portfolio is up 3.9% for the week, and 44% since the start of the year, beating both the STI and FSTS.

For how the portfolio started out, read: TERENCE WONG: 'What I would buy with $1 m' 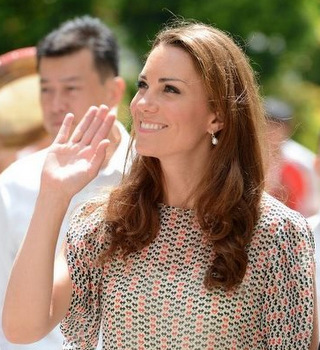 Kate in a RAOUL dress by FJ Benjamin. Photo: Facebook

FJ Benjamin’s COO Douglas Benjamin must be one happy man.

Duchess Kate, who was in Singapore with hubby Prince William as part of the Queen’s Diamond Jubilee Tour, donned a RAOUL dress which quickly became the talk of the town.

The label is FJB’s in-house made-in-Singapore label, and was created by Douglas and his wife Odile (Raoul is the name of their second son).

This is probably one of the best endorsements that the brand has garnered, and I’m sure I’ll hear about it the next time I visit the management.

A dress with the same design was put up on ebay for a princely sum of S$1,000 shortly after.

If only Kate could wear some Giodarno Crew Neck Tees which I have quite a few of.

Your portfolio performance has beaten most big fund managers flat.

May I know your outlook for 2013? What sector do you think will be in play.
Quote
Refresh comments list
NextInsight.net

We have 247 guests and no members online