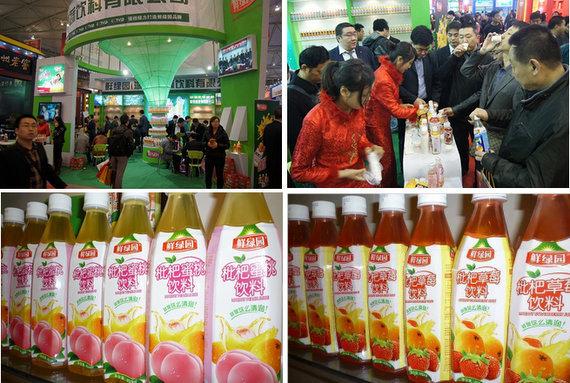 Much of the loss occurred immediately after the 4QFY11 results. What happened? Any noteworthy developments since then?

Drop in 4QFY11 net profit caught the market by surprise

Despite a 36% increase in 4QFY11 revenue, SFGI reported a 46% drop in net profit after tax for that period. According to the management, this was mainly attributable to a 78% increase in distribution and selling expenses and 67% increase in administrative expenses.

Management took pains to explain that the expenses are necessary as they had intensified advertising and promotion activities such as new TV commercials on CCTV in 4QFY11 to promote Garden Fresh juices.

Furthermore, higher distribution expenses were incurred due to growing business volume, compounded by the fact that SFGI only has one juice supplier in Fujian Province to support its rapidly growing end markets in different provinces in China. (However, this changed from 2012 onwards – see point 2B).

In addition, more export billing on cost and freight were also incurred. There were also some non – recurring expenses such as the one off convertible bond issue costs of around RMB7.4m (booked under administrative expenses) for its Garden Fresh subsidiary.

CNIF is the oldest and largest national research institution engaged in the food, bio-engineering R&D work in China. SFGI and CNIF will jointly set up a new R&D center under a five-year agreement to research on loquat juices and establish national standards and specifications for loquat juices. In other words, SFGI would combine its in-house R&D and that of CNIF, so as to further expand the product range and regularly introduce more products into the China market.

2. 17 Apr 12: SFGI made one announcement but there are several positive developments embedded

SFGI held a successful Chengdu Trade Exhibition in March. In line with their practice of launching new products every year (icy loquat and loquat pear were introduced in Mar 2011), SFGI launched loquat peach and loquat strawberry at the trade fair this year. Also, SFGI announced that they have secured new distributors to market Garden Fresh juices in existing, as well as in new, provinces in the PRC. The number of new distributors and the provinces which they are serving was not disclosed.

However, based on their aggressive expansion plans to augment their production capacity for their juices (refer to point 2B below), it is likely to be a good number.

Official opening of its Sichuan production facility by the City Major in March 2012.
Photos: Company

Ever since SFGI embarked on their beverage business in 4Q2010, SFGI had only one external juice supplier based in Fujian Province to support its rapidly growing end markets in different provinces in China. With increasing demand for its Garden Fresh juices, SFGI wanted to better manage its delivery time and costs, thus it started construction and installation of machineries at their internal production facilities in Sichuan Province.

This was opened officially in Mar 2012 and production is expected to be ramped up in the coming months.

Notwithstanding the recent developments, SFGI is drawing mixed response from the analysts. Here is my compilation from various analyst reports.

Although the recent developments are positive, after the earnings disappointment in 4QFY11, the investment community may require some time to regain their confidence in SFGI.

0 #1 LowCS 2012-05-01 06:51
Sino-Grandness must improve its profitability and pay consistent dividends in order to attract a stronger investor interest. As it is, its higher distribution and administrative costs are disproportional to its increase in sales. Like the other s-chips, it must show that it can provide greater shareholder value and dispel the poor perception that has been attached to s-chips. In this regard, good corporate governance and periodic assurance to allay the fears of shareholders is a pre-requisite for a higher market capitalisation.
Quote
Refresh comments list
NextInsight.net

We have 1088 guests and no members online