“Moneyplant” contributed this article to NextInsight

Sinostar - Rising from under the radar


The recent share purchases of Sinostar PEC’s controlling shareholder and non-executive chairman, Li Xiang Ping, have been substantial, as a check on Bloomberg shows:

Mr Li has been increasing his stake in the group steadily since 3Q 2017 (denoted by the green line) while the share price has been trading in a tight range of 15-24 cents (denoted by the white wriggly chart line). Data: Bloomberg

While Sinostar has been neglected over the years by investors (probably due to a skepticism towards S-Chips), its major shareholder was continuing to add to his stake, which has grown to 55.5% as at 21 Mar 19.


Listed in 2007, Sinostar is one of the largest producers and suppliers of downstream petrochemical products (processed LPG, propylene and polypropylene which are used in the production of plastics) within a 400km radius of its production facilities.

The production is in the Dongming Petrochem Industrial Zone in Dongming County of Shandong Province, PRC.


Should investors be skeptical about Sinostar? Perhaps not, for the following reasons:

The strategic affiliation continued with Dongming Petrochem over the years, as the 2 entities shared a common major shareholder, Mr Li Xiang Ping.

In 2016, Sinostar renewed its exclusive supply agreement with Dongming Petrochem, ensuring a stable supply of raw LPG (main raw material input for Sinostar) for the next 20 years from 2016.

♦ Sinostar has not asked investors for money since its listing in 2007, but has instead been paying dividends. The group has been steadily paying dividends since 2014. Based on its 2018 dividend of S$0.005/share, the dividend yield is 2.4%. 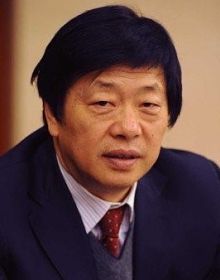 He has increased his stake by nearly 3 percentage points since 4Q2017 to 55%.

If the company is real, what are the growth plans?

While 60% of Sinostar’s revenue came from processed LPG in 2018, the bulk of the group’s profit was derived from propylene and polypropylene. We can deduce that these two products have much higher margins given their additional processing.

The company has capacity expansion plans to grow these two products, which implies that investors can expect higher profit growth in the years ahead.

Expansion of propylene and polypropylene production capacity by 1x and 5x respectively.

On 26 Dec 2018, Sinostar completed its acquisition of a 70% stake in Dongming Qianhai, which will double its propylene production capacity to 180 metric tons/year, and will make a full year contribution to FY19.

It is also currently constructing a polypropylene plant which will increase its annual production capacity by 5x, and is expected to be ready by 2020/2021.


The new plant is also expected to produce higher quality polypropylene (due to more advanced production technology) which can be used in higher valued products such as high-end medical equipment, automotive accessories, home appliances etc.

Consequently, the product is expected to have higher profit margins.

The capex is estimated to be RMB1.2 billion which will be financed through a combination of its internal resources and bank borrowings.

With the balance sheet of Dongming Qianhai consolidated into the group at end-2018, Sinostar now has RMB1.28 billion of borrowings and RMB426.2 million cash.

Prior to the acquisition of a 70% stake in Dongming Qianhai for RMB317.8 million cash, Sinostar had zero borrowings.

Sinostar has an excellent record of cashflow generation in the last 5 years, which has helped underpin its consistent dividend payment.

We have 2126 guests and 4 members online