TREK shares boosted by Verbatim settlement and possible settlement with others

SHARES OF Trek 2000 International were heavily traded yesterday with 2.1 million units changing hands. The stock price rose 6.7%, or 2 cents, to close at 32 cents following news that it had reached an out-of-court settlement with Verbatim Group. 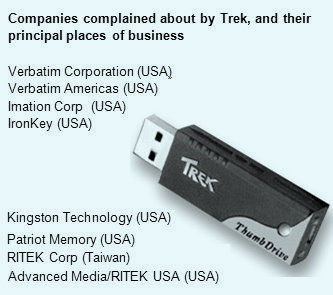 Trek, the inventor of the Thumb Drive, had filed a complaint with the US International Trade Commission (ITC) on June 15 that Verbatim, among eight companies, had infringed on the patents for Trek’s USB flash drive.

Trek had sought to block the import of infringing USB flash drives that violate its intellectual property rights.

(Details of the complaint can be accessed at the ITC website).

DMG & Partners, in a report yesterday, said it believed that, as part of the settlement, Trek would receive a licensing fee ranging between 2% and 3% of Verbatim’s USB-flash drive sales figure.

(Verbatim sells removable storage media and related accessories all over the world, including Singapore.) 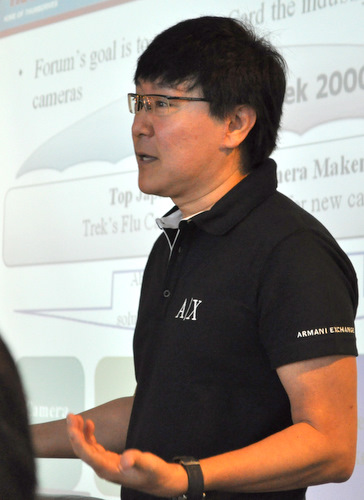 This would translate into an additional profit of US$1m yearly (33% of FY10 earnings) for Trek, said DMG analysts Edison Chen and Terence Wong, CFA.

Henn Tan, Chairman and CEO of Trek 2000, said in a press release: “We expect the Verbatim settlement to have a positive impact on our financials in 2H2011.”

The DMG analysts expect the other companies that Trek had complained to the ITC about would also settle out of court.

As part of the settlement with Verbatim, Trek grants it a non-exclusive, non-transferable, irrevocable license to make, have made, use, import, offer to sell and/or sell the Licensed Products worldwide during the term of the Licensed Patents.

The settlement – and the resulting boost in licensing income - was cited by DMG as part of a recent series of highly positive events that underline the bright future of Trek. 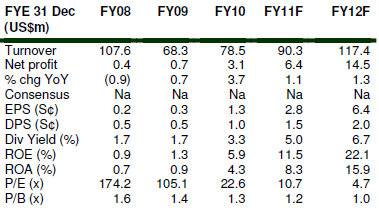 2) iSDIO card’s potential to expand beyond the camera market.

DMG reiterated its ‘buy’ recommendation on Trek shares with an unchanged target price of S$0.45 based on 7x FY12P/E.

0 #2 Susan 2011-10-07 12:11
Sue the smaller companies? Hello, Verbatim is a global company! The others are also!
this infringement is about the ThumbDrive patents -- i don't think you know what you are talking about.
Quote
0 #1 trek 2011-10-07 04:51
Its well known in the market that Trek likes to sue the smaller companies for so called infringement of Intellectual property rights. How viable can this go on is really a question. I wont buy the share cause there is really no substance to the product or its business model.
Quote
Refresh comments list
NextInsight.net

We have 529 guests and 4 members online