A FELLOW BLOOGER, Richard from Invest Openly, highlighted the upcoming healthcare IPO of Singapore O&G which will be listed on Catalist. Many people are comparing this against Raffles Medical which is now trading at around 30x PER. For me, I'd see this more of a proxy to Cordlife, since Singapore O&G is in the gynaecology industry.

A total of 43.6 millions of shares were offered of which only 2.2 millions are for the public, which translates into about $550K in absolute value. In my opinion, this is way too little and they probably want to get long term institutional investors to come in while leaving little to the public.

I took a quick look at the prospectus and developed the following thoughts:- 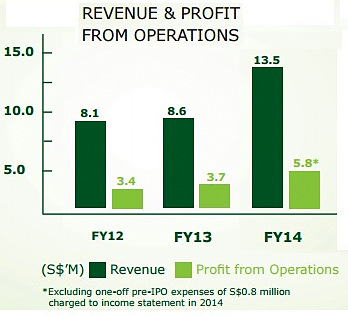 It's hard to find companies netting a profit margin above 35% and this shows exactly how expensive are our medical costs in Singapore. For me, the company is sitting in such a sweet position that even if costs do go up or the outlook turns a bit mediocre, the company has the buffer to take it on comfortably. 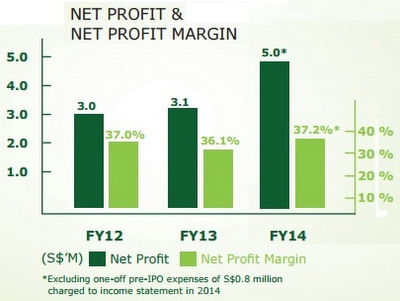 Even though they maintain they do not have a fixed dividend policy, it looks like this is a sweetener deal to entice investors into investing in the shares, as they are "willing" to share their huge profits with minority shareholders.

We'll see in due time if they can continue to maintain that, which I am a bit skeptical of because they only retained so little earnings for expansion, if any. The yield is projected to be 7.3% at the IPO price. Note that this is unlevered dividend yield, unlike Reits that pay out the same payout but levered.

Woolala, I have a soft spot for companies that has strong earnings capability with huge cash hoard and zero debt. Perhaps the impending increase rate increase has something to do with it lately.

In any case, I suspect they might go into debts once the expansion plans are properly in place since the $3m proceeds (explained later) that goes into expansion looks unlikely to be sufficient. 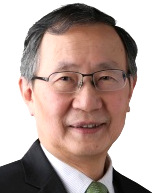 Dr Lee Keen Whye, executive chairman of Singapore O&G.Based on the prospectus, $9.2 million are expected to be raised from the IPO after deducting relevant expenses. The proceeds will go into:

I like the fact that they are not using the proceeds mostly for working capital purpose (to be discussed later). $3M will go into expansion while the rest of the other $6M will go into investments in synergistic businesses such as child care services, paediatrics, etc.

Having a kid of my own, I know how profitable it is to have such an extension of the business. I see this as extremely positive move.

This is my next favorite section of the businesses.

Capex remains low since the majority of expenses would have come under the salaries portion which already make up the cash flow from operating, so operating cashflow and FCF (free cash flow) is generally very strong. Based on the prospectus, the IPO price to operating cashflow is 8.9x and against FCF is at 8x. That is pretty good if you ask me.


The kind of business model the company is operating is very similar to Vicom's which I previously blogged about.

First, you have regular customers that are unlikely to switch out once you lock them down, unless they have a very bad experience to start with. Also, with their plan to expand into paediatrics and child care services, they can tag on their existing customer base to the extended services.

Next, most of their costs come mainly from salaries they pay the doctors. Finding the right expertise could be an issue but somewhere in the prospectus, they mentioned about allowing doctors and professionals who want to switch from a public to private practice to come and join them. We know that when they do that, they probably bring in their regular clients with them.

The company also mentioned that it has gained more market share during the past few years so given the medical hub Singapore is trying to be, it looks like they are in a sweet spot to enjoy the government initiatives.


I generally like what I see in the prospectus and outlook.

The thing that I am still considering is given the low public float they are offering, everyone might get only a tiny slice of the company. That's what happened with the Starburst IPO for instance, where the IPO was over-subscribed by more than 9x and those who bidded for 100 lots only managed to get 5 lots.

I think the share price would do well on its first day of trading and in the years to come. I have made an application bid of 101,000 shares for the IPO. Will update the outcome of the application.

This article was recently published on A Path to Forever Financial Freedom, and is republished with permission. The writer (left), who is in his late 20s, has a MBA degree.

We have 918 guests and no members online