A FEW SHORT years ago I was just a seemingly ordinary university student among thousands.

Compared to my classmates my life was markedly different – thanks to the market.

In fact, I had already been buying and selling stocks for many years by then, or at least actively watching as my family did so. 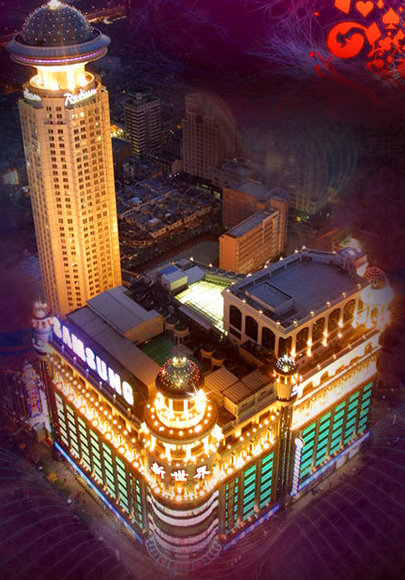 New World Group reached soaring heights, and depressing lows for one Chinese investing family.     Photo: CompanyIt was hard to keep my all-consuming hobby quiet from my roommates, who also caught the bourse bug from me.

They started off wagering a few hundred yuan of their parent’s allowance to them for books, lunch, burgers and the occasional beer on the stocks of their choosing.

It wasn’t long before this became thousands and in some cases, tens of thousands of yuan, mainly because when one person in the group found sudden success it drove the group to greater engagement in this silent battlefield that is China’s bourse.

Overall, most of them lost money, and a lot of it, and most regretted ever playing the market.

Looking back on my classmates’ market misfortunes at the time during my college days, I was reminded of my early trials and travails in equities.

My A-share adventure began when in 2001 when I was a sixth grader in primary school and my mother suddenly found herself between jobs.

At the time, the benchmark Shanghai Composite Index was around 2,200 if I remember correctly, and my mother looked around her small social circle and saw peer after peer glowing with their personal successes in stock investing.

I remember her counting up her meager savings, accumulating a modest pool and then jumping into the share market headfirst on the advice and influence of others.

It was a very costly mistake.

I’m reminded of the popular saying which rings painfully true in this case: “When everyone is in the market at once, then its collapse is only a matter of time.”

In more relatable terms, when everyone hopes and fully anticipates an Index target of nearly 3,000 to be reached before jumping off and cashing in their chips, then inevitably some in this massive pool of market players will bail out ahead of the masses.

When enough of them jump ship, the majority awaiting a higher leaping-off point will be left in the cold and a bear run almost always results.

Naturally, we were all ecstatic and my father encouraged her to take a larger position in the developer as she lamented that her colleague made 30,000 yuan in just two days.

My mother gave in to the group pressure and enlarged her exposure to New World.

Listening to “well-meaning” tips from peers and other neophyte investors and not knowing much at all about the fundamentals of share selection and buying strategies, my mother then bought big into Jizhong Energy Resources (SZA: 000937) and Changchun Faway Automobile Components (SHA: 600742).

I was still an elementary student at the time and remember coming home every day to hear her chatting away about the market and her portfolio, marveling at how easy it was to make money that way.

Within a year, our family had an extra 100,000 yuan or so to call our own and we all became rather consumed with following the upward rise of our investments, watching it all with a suspended sense of belief.

In order to jump ahead and avoid the painful part of our family’s stock market story, suffice it to say that in November of 2007, the Shanghai Composite was at a staggering height of 6,124, but just a year later had plummeted 73% to 1,665.

I was lucky enough to get into a leading university in 2007, the same year the Index reached its historical peak and then began its precipitous decline.

Despite the tremendous pain that the market inflicted on my family at the time, I figured I had two choices going forward.

One, I could cower in fear from the vagaries of equities and forever shun them as nothing more than fool’s gold and a good way to end up broke.

Or two, I could learn from the rashness and uninformed overexuberance of my parents during my teens and move on from there.

I chose the latter, obviously, as the bourse bug turned out to be more addictive than I ever imagined and I fared much better than my college classmates – a success I attribute to already having personally experienced the fear and reality of failure.

We have 1305 guests and no members online