SIM LIAN: "Why I like this old and family-controlled business"

My investing style is more of Graham/Schloss and a bit of Buffett. I generally like to invest in assets at a discount than in their earnings potential. I tend to look at old family-controlled companies, with low levels of debts and constant generation of free cash flow. Dividend payments are the norm in such companies as the Board will usually pay out dividends to family members, and minority shareholders will stand to gain as well.

Investing in assets at a discount does not mean simply finding low P/B. There are many more important factors to take into consideration.

I avoid all China companies, and any company making consistent losses.

I recommend books such as The Intelligent Investor (Benjamin Graham), Common Stocks and Uncommon Profits (Philip Fisher), There's Always Something to Do (Peter Cundill), One Up On Wall Street (Peter Lynch).

Learning to ignore the noise and holding steadfast to your investments is also important. After doing research and deploying capital, it is simply a waiting game. This leads me to the point of diversification. There is the need to have adequate capital preservation methods and diversification helps. 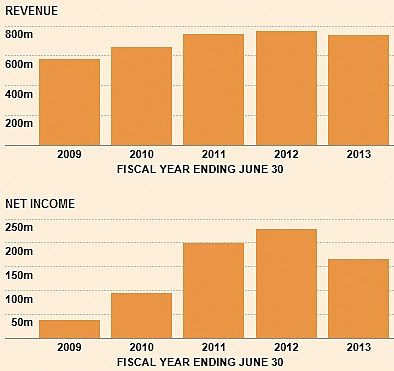 Sim Lian's track record. Charts: FT.comI HAVE HELD on to Sim Lian Group shares for about 8 months now. I was initially attracted by its dividend yield and high ROE.

Sim Lian, which has a history of about 35 years, is one of the stronger property developer-cum-contractor companies in Singapore.

Its revenues and net profits have grown with the CAGR of net profits after tax being 31% for the last 7 years.

The company, which now has a market cap of nearly S$1 billion, has been regularly paying dividends and has an average payout ratio of 25% of earnings.

Sim Lian has also amassed a huge cash holding of $343 million, as a result of its generation of free cash flow.

Currently, the company is in slight net debt.

However, due to its purchase of a land parcel at Venture Avenue for $700 millionin March 2013 and a freehold building in Australia for $70 million in Sept 2013, the gearing level will increase.

This increased debt level can be paid for by the company's numerous projects such as Waterview, Centrale 8, Parc Vera, Tampines Trilliant, and the recently released-for-sale Hillion Residences attaining TOP in the next few years.

We can thus expect the debt to be paid down with these incoming revenues. There could even be higher dividends for shareholders.

The company stopped offering scrip dividends this year after doing so for the last 2 years. This shows that management is confident of their cash flow and debt level.

Note that the company's controlling Kuik family and management own about 80% of the shares and thus their interest is strongly aligned with minority shareholders.

The high ownership by the Kuiks, however, probably account for the low liquidity of the stock.

Besides Singapore, Sim Lian also has property projects in Malaysia and has ventured into Australia this year. Certainly, the company is trying to expand and seek opportunities.

Sim Lian shares have gained more than 100% since the start of 2012, inclusive of 12.1 cents of dividends. Chart: FT.com
Venture Avenue project
This new project is in a good location as it is near Jurong East MRT, Jcube, JEM and Big Box, Jurong Country Club, Westgate, and IMM.

In the vicinity is also the Ng Teng Fong General Hospital which is currently being constructed and will open in 2014.

Low Keng Huat is partnering Genting Singapore to build a hotel in the same area too.

There will be strong traffic and retail options in this Jurong Gateway precinct which is being developed into a bustling hub. 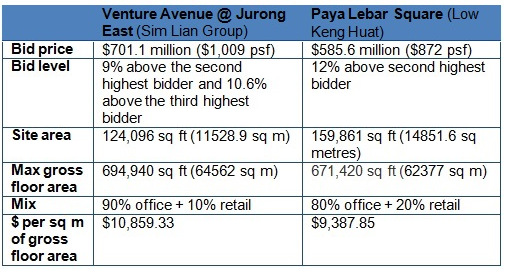 Paya Lebar Square is undergoing construction and is almost fully sold with a decent profit. Venture Avenue is expected to enjoy similar success. 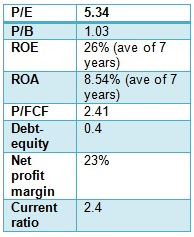 Sim Lian is trading at a rather reasonable price of around 89 cents, which is considerably cheaper than its peers such as Lian Beng, Chip Eng Seng, Yongnam, Wee Hur, and BBR.

Sim Lian also has research coverage by S&P. And these reports indicate bright prospects for the company.

The main risks are the rising cost of construction and materials, and the possibility of rising interest rates.

All companies will be affected, but those with strong fundamentals like Sim Lian will be more resilient and recover faster.

Sumer, insightful questions you got there. I guess time will tell whether Sim Lian is a plum or a lemon. For me, as long the debts are kept under manageable levels, I will continue to hold the stock. Mr Market will do the rest and decide on the share price accordingly.
Quote
+2 #2 5273 2013-11-04 06:00
Hi Millenium, do you happen to have more figures like unbooked future profits form its various projects. Will appreciate if you can share these if you have. The co has several projects and because I have not seriously tracked the counters, my own figures are rather patchy.

I have been looking at this counter but had not bought in because of the following reasons:

1. It has scrip dividend every year, leading to ever increasing number of shares (crossed 1 billion this year). This means its earnings will be diluted going fwd, unless I also opt for scrip dividend.

2. It pays its bosses quite a big remunerations, compared to several other 2nd liner developers like CES and HH/SB.

3. Its stakes in Hillion and Avenue sites, the 2 biggest projects, are only 50%. Hence, profits attributed to it is not that big.

5. Sim Lian is keeping Hillions shops and the whole of Avenue project for recurrent income. It also looks not ready to redevelop its Sydney buy. There won't be earnings from sales of units here, although its NAV will increase because of the values of the completed projects. But could this mean value trap (much like SB prior to the takeover offer?)

Could you also elaborate on how Sim Lian is "considerably cheaper" than Lian Beng, CES, etc.. I am not sure about the other stocks that you compare Sim Lian with, but in the case of CES, my take on its RNAV per share is above $1.50. It has several projects with good lockd-in sales, and owns 100% of the projects that it ventures into, leading to high earnings on a per share basis, due to this non-sharing of profit with a JV partner, as well as its lower number of shares (648m). It also monetizes its developments by selling them off instead of keeping them for recurrent income, safe for its Alexandra hotel and San centre (which I suspect it has some plans to divest or redevelop, post getting consent from the govt.

Nevertheless, I do like Sim Lian's consistent good dividends and will await more info from you perhaps, before I decide if its a good value buy.

Thanks Millenium for sharing.
Quote
+2 #1 Melissa 2013-10-31 04:05
Good writing. Thank you Millennium. May we know what other stocks are your favourites -- either alredy bought or on yr radar screen?
Quote
Refresh comments list
NextInsight.net

We have 1147 guests and no members online