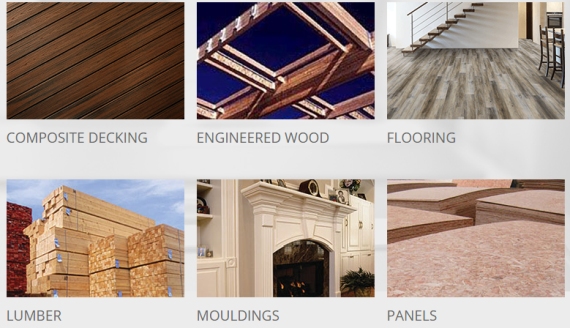 Taiga is Canada's largest wholesaler of home-building products. It accounted for 91% of Avarga's gross profit in 1H20.
In its 3Q results, likely to come out in November (as it did in 2019), Avarga is set to have good news for investors.

Firstly, the business of its 69.7%-owned Taiga Building Products has been unusually strong.

Taiga is Canada’s largest wholesale distributor of building materials, such as lumber, panels, doors, engineered wood, roofing and others. 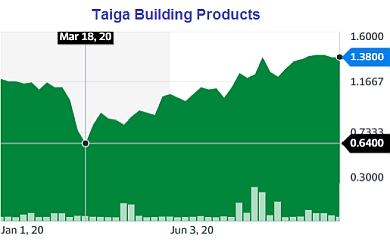 Likely, it will have a 3Q profit jump to report -- with 3Q being typically its strongest quarter -- which will contribute nicely to Avarga's bottomline.

Secondly, Avarga is set to hand out its first ever 3Q interim dividend.

This follows from Avarga's announcement of a dividend policy just 4 months ago (25 June 2020), which said it would ....

So a nice bump in 3Q profit potentially could translate into a nice 3Q dividend.

However, while Avarga has declared a payout of not less than 40% of net profit, its 3Q dividend payout may be more or may be less than that, because the "not less than 40%" guideline applies to the annual total.

2H2020 is likely a stronger half than 1H, so the 3Q/4Q dividends can be counted on to be handsome.

The paper mill business in Malaysia was affected in 1H2020 by reduced downstream demand for packaging and increased raw material costs owing to Covid restriction measures.

The 50MW power-generation business in Myanmar was stable 1H20 -- in fact, it grew slightly. (See table)

The paper mill business likely has staged some recovery in 3Q, going by the guidance of management in its 1H20 results statement.

And the power business being what it is can be expected to be stable at least.

We have 1109 guests and one member online