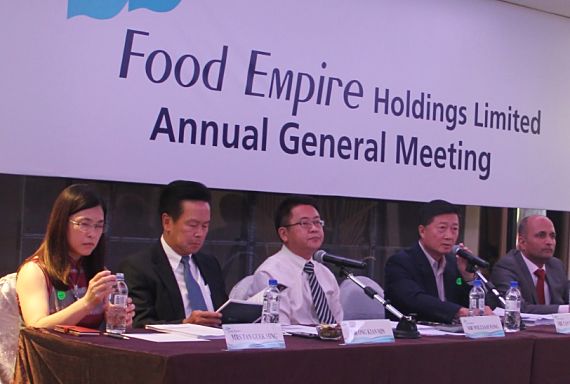 Selection of questions and answers at AGM. (The text is not entirely verbatim and has been edited for brevity and clarity).
AGM photos by Ong Chin Keet. 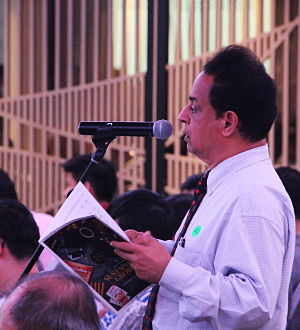 Mano Sabnani, a retired newspaper editor.Q: Indochina segment revenue has been going up nicely but the segment result is a loss of US$1.17 million in 2018 while it was a gain of US$741,000 in 2017.

Tan Wang Cheow, Executive Chairman: That segment comprises Vietnam and Myanmar. We recorded roughly US$4 million losses in Myanmar and nearly US$3 million profit in Vietnam. The year before, Myanmar didn't lose as much money.

We are trying to improve in Myanmar but the local currency has been dropping over the past two years and we have not been able to raise selling prices because our competitors are holding prices.

By the way, in Vietnam, we lost money for many years before we made headway. 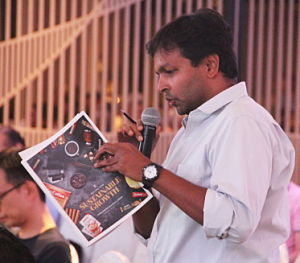 Vishal Gala, investor.Q: Group expenses have grown fast but not the revenue. What is the reason apart from rising headcount and higher selling expenses in Indochina?

Sudeep Nair, CEO: One of the reasons is: Around 40% of the group's revenue comes from Russia.

Sales in local currency have gone up, expenses have gone up also. When you translate sales into USD, it comes down because the ruble has been devalued. 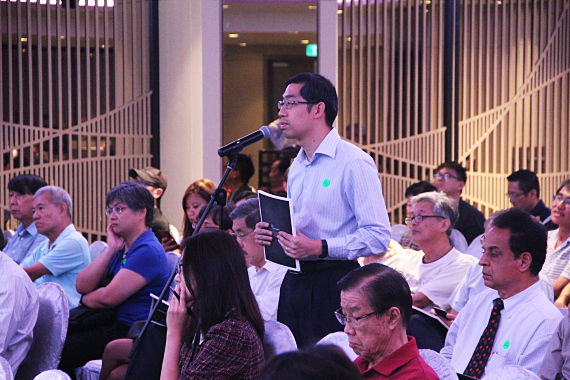 Q: In the mid-2000s, the company had Returns on Equity in the mid-teens to 20%. In the last 10 years, we have had relatively muted returns.

Tan Wang Cheow: Unfortunately in the last few years, the sanctions against Russia and the oil crisis have caused the ruble to come down. This was beyond our control. Despite that, we have been able to generate profits and dividends to shareholders. 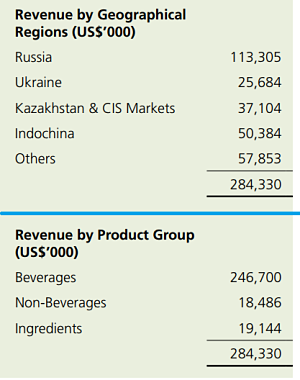 Q: What's the situation in Ukraine which used to be a lucrative market for Food Empire?

Tan Wang Cheow: Unfortunately, in 2013, there was war in the eastern front but we have continued to be profitable in the country.

Sudeep Nair: We were profitable in Ukraine in 2018. In 2019, if the local currency stays where it is, we'll continue to be profitable.

Tan Wang Cheow: To add, since the financial crisis of 2008, we have done two things -- diversify our markets and you can see the growth of Vietnam and so on.

In five years, we have grown our Vietnam revenue from US$5 million to US$45 million.

The second thing we have done is backward integration -- we have built a coffee plant in India, a non-dairy creamer plant in Malaysia and we are planning another one. We have created more profitability and more roundedness for the company. 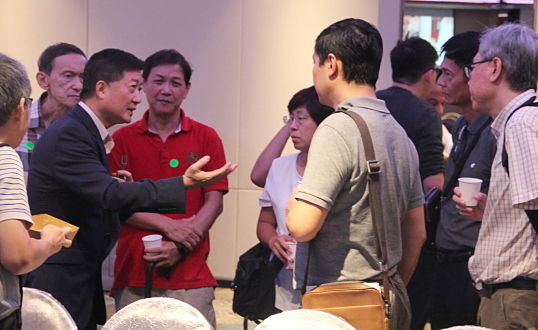 We have 1534 guests and no members online