Greater confidence instilled after Business Times article. We believe management has adequately addressed the confusion with regards to change in its business model in China in its clarification announcement dated 23 Feb.

We would also like to reiterate that while the company has limited direct selling licence in China, it was selling into the China market via import agents prior to 2Q18 and is selling into China through its franchisees after 2Q18. Its franchise licence applies to the whole of China and encompasses the sale of skincare products.

With regards to the inability to locate franchisees in China mentioned in the article, the group now maintains an updated list of its franchisees on its website.

During the analysts’ briefing, management also mentioned that the group is working with its franchisees to collate its end-consumer numbers in China.

Once compiled and verified, the group would publish these figures quarterly, similar to the direct selling membership numbers it provides. We believe this increase in transparency would bode well for investor confidence in the long run. 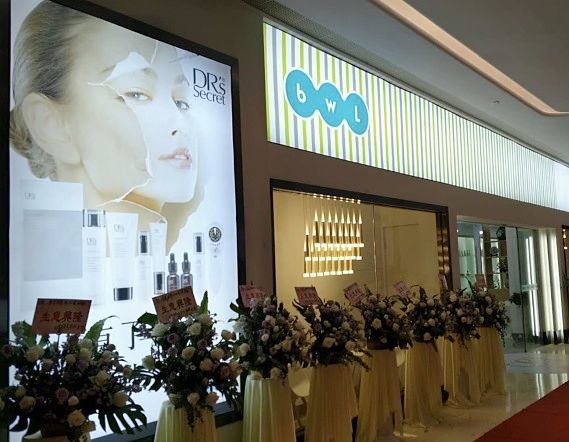 However, some innate risks are unavoidable... Nonetheless, we agree with the Business Times article that tracking sales and the underlying consumer demand for this company remain challenging.

However, this is the innate risk of the business model. As previously highlighted in our initiation report, unlike traditional retailers, Best World’s distributors and franchisees sell largely through the sharing of product usage experiences.

There is therefore limited visibility on sales growth and the inventory floating on trade. Best World also has limited control over sales efforts and purchases made by its distributors and franchisees.

Inventory build-up by distributors or franchisees could occur without the group or investment community being aware of it, posing risks to sudden earnings decline.

… but relatively lower risk in the new franchise model. The change from export model to franchise model in China, however, would mitigate this risk to a certain extent.

As opposed to the export model where import agents get credit terms from the group, the group operates on cash-before-delivery terms with its franchisees.

There is therefore a lower risk of inventory build-up by the franchisees as they have to pay cash up front before purchasing and there is no return policy for unsold goods.

As such, moving forward, we believe there would be better correlation between sales figures recorded by the group and the underlying demand of end-consumers.

We have 669 guests and 2 members online