So the story of Food Empire will be one of continued efforts to grow outside of Russia, which is its No.1 market by revenue and profit and has been so ever since Food Empire introduced its own brands of instant coffee more than 20 years ago.

As Food Empire grew in other markets over the years, Russia's contribution naturally eased in percentage terms. In 9M18, Russia accounted for US$86.2 million, or 40%, of Food Empire's group revenue.

The Russian currency didn't cause as much trouble previously as it has ever since the oil price collapse of 2014. And political and economic factors added to the mix.

The ruble started recovering last year but it turned negative this year: At the start of 2018, about 58 rubles could be exchanged for one US dollar. As at end-Sept, 66 rubles were needed. 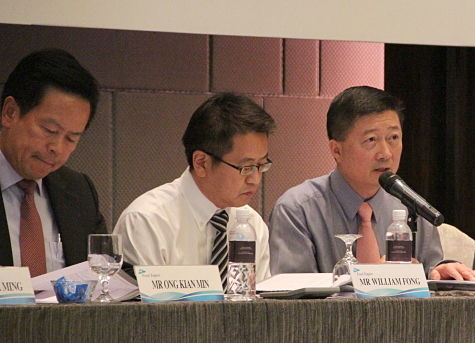 "Going forward, new product launches and market diversification efforts shall continue to be key focus areas for the Group.”

Video of Ukraine's Bicycle Day 2018, an event sponsored by MacCoffee, which is Food Empire's flagship brand, and is the leading 3-in-1 instant coffee brand in the Group’s core markets of Russia, Ukraine and Kazakhstan. Food Empire employs sophisticated brand building activities, localized to match the flavour of the local markets in which its products are sold.

While its sales have done well, Food Empire's selling and distribution expenses, coupled with higher manpower costs, have also increased.

RHB Research has a target price of 66 cents for the stock. Click here for the report.

We have 765 guests and 5 members online