Even though the rights issue has been a drag on current share price, we view the proposal as a positive indication that management does not want to further dilute their stake in the company. Furthermore, this will provide the company S$7.6m to look out for attractive acquisition targets which should help fund SMG’s aggressive regional expansion.

♦ Making headway in aesthetics with acquisition of SW1. SMG is acquiring an 85% stake in SW1 for S$6.5m, of which S$3.5m will be funded by issuing new shares at S$0.578/share. SW1 is one of the leading aesthetic, plastic surgery and medical spa establishments in Singapore, founded by the team behind The Sloane Clinic which was hit by a doctor exodus in Jan 18, according to the news agency Today. 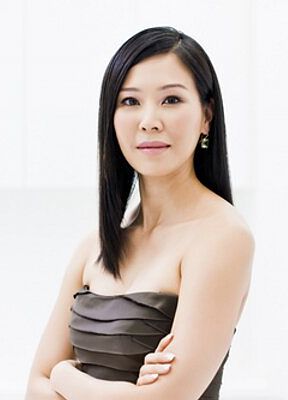 Dr Low Chai Ling. Photo: TwitterSW1’s founder, Dr Low Chai Ling, is a highly-regarded aesthetics doctor and author sought after by celebrities from Hong Kong, Malaysia and Indonesia to the point that she has had to limit new patient intakes. SW1 operates out of Paragon in a new 7,000sf aesthetic centre with a team of five aesthetic medical professionals and one plastic surgeon. The clinic adopts a range of new technologies, such as US Federal Drug Administration-approved lasers, ultrasound and radiofrequency aesthetic technology.

Aesthetics remains a growing market especially in Asia, through the influence of Korean pop culture, Instagram and the general perception that better-looking people get better jobs. We believe the SW1 acquisition fits nicely into SMG’s plan of evolving to be a premium regional cradle-to-grave healthcare platform. SMG intends to expand SW1 overseas into Vietnam, Indonesia and Malaysia where Dr Low has a strong following among high-profile personalities.

EARNINGS REVISION/RISK
♦ We make no changes to our 2018-19 earnings estimates but we adjust for the new rights shares.

VALUATION/RECOMMENDATION
♦ Maintain BUY with a lower target price of S$0.74, based on an enlarged share base and pegged to peers’ average 2018F PE of 25.8x (previously 26.8x).

We have 572 guests and 2 members online