@ AGM of POWERMATIC DATA: Riding on growth of wi-fi connectivity in transport 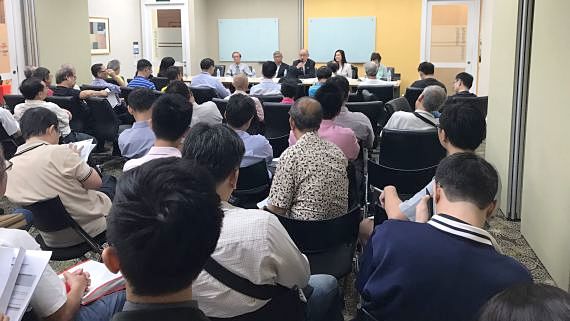 Good turnout -- investors were keen to learn about Powermatic's business.  The Q&A session lasted more than an hour.  Photo by Goh Han Peng

Powermatic had net cash (and zero borrowings) amounting to S$25.9 million as at end March 2017, up from S$21.1 million a year earlier. Its freehold investment property in Harrison Road is valued at $33.5 million by Knight Frank.

The cash and the property value combined already exceed Powermatic's market cap of about $47 million.

To several shareholders' suggestion that the company divest its property, Dr Mun said the company had received offers and is open to selling if a good offer comes along. But the company is not actively marketing it.

Its business (manufacturing and sale of wi-fi connectivity solutions) requires relatively little capex (FY2017: $387,000). Aside from the S$25.9 million cash, Powermatic holds about S$8.8 million under "other financial assets". The chief investment, accounting for $7.3 million in current value, are two undisclosed Thai-listed stocks which were bought some 30 years ago at "ground-floor prices".

They are a security printing company and a computer distributor.

Powermatic is not an active investor: Its other significant holding is $1 million worth of bonds.

We have 868 guests and no members online