For now, the challenging 3QFY17 (ended 31 Jan 2017) suggests that the near-term outlook is muted.

But ZPA is targeting onshore contracts while Mech-Power is still the market leader in providing standby generator sets to data centres and other big clients.

Sales in the "distribution" business segment improved. Things could brighten further if the surge in coal prices leads to newbuilds of tugs and barges in Indonesia, leading to demand for the engines that XMH distributes. 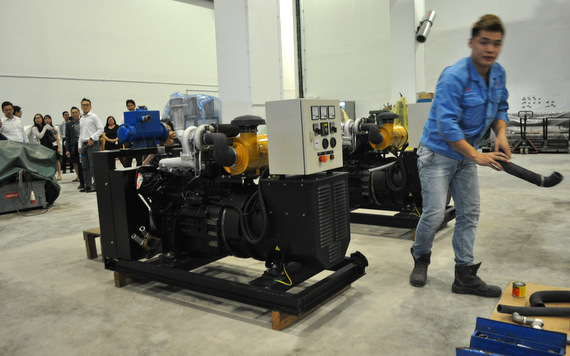 Standby generator sets being assembled in XMH's factory in Tuas, which it moved into in early 2016. NextInsight file photo. Other metrics:
Trade and other receivables: Decreased by S$16.8 million, from S$33.5 million as at 30 April 2016 to S$16.7 million as at 31 January 2017 was mainly due to improved collections during the financial period.

We have 1085 guests and no members online