This article, written by Jennifer Tan (left, Director, Research & Products,  Equities & Fixed Income, at the Singapore Exchange), originally was published in SGX's kopi-C: the Company brew series on 25 November 2016. The article is republished with permission.

In December 2009, a few days before the sale was due for completion, Global Invacom's principal contract manufacturer in China - Radiance Group Ltd - was placed in the hands of liquidators.

"That was quite a big setback for us - that supplier had all our tooling and test equipment on site, as well as seven to eight products that had been qualified by several key customers, so it would have been extremely challenging and time-consuming to move production and re-qualify all those products," Taylor said.

Management decided to hold off the sale, and tracked down the liquidators to see if they could buy over the business. They paid five million pounds for a 52.4% stake in Radiance Group, which triggered a mandatory cash offer that required a sum of another five million pounds.

"That was when we hit a brick wall. We couldn't find a bank willing to loan us five million pounds in 2010 to do the general offer, even though there was more than enough cash in Radiance - about 12 million pounds - that could have been used to offset the loan," he said.

Pushed to the point of frustration, Taylor approached the Pannells and the board for funding. "All of us threw in every penny we had, and pooled enough money to do the GO to take control of the company," he said.

"That year, I couldn't afford school fees for the kids. I told them, no riding lessons, no holidays. That was how bad it was."

In October 2010, Taylor was appointed Executive Chairman of Global Invacom. He had another game plan up his sleeve - to engineer the reverse takeover (RTO) of Global Invacom by SGX-listed Radiance Group Ltd.

Radiance, which provided electronics manufacturing services for the satellite communications industry, was listed on Singapore Exchange's smaller board - known then as Sesdaq - in June 2003.

"It made a lot of sense to vertically integrate the two companies. Global Invacom represented 90% of Radiance Shanghai's business - we drove the profits in the company then," Taylor noted.

"Although this decision was driven by a crisis, it turned out to be a pretty good strategy."

Looking ahead, Global Invacom aims to capitalise on the rising number of acquisition opportunities in the SatComms industry.

"We're ranked third in the industry in terms of revenue, but number two or number one in profits. Our goal has always been to bring together different elements of the industry and become the largest player."

Its 2015 purchase of US satellite terminals manufacturer Skyware Global for US$8.8 million was a case in point. The acquisition of Skyware, which designs and manufactures antennas for the Direct-to-Home and Very Small Aperture Terminals markets, boosts Global Invacom's portfolio of products, widens its customer base and adds a North American presence to its manufacturing footprint that spans Asia and Europe. 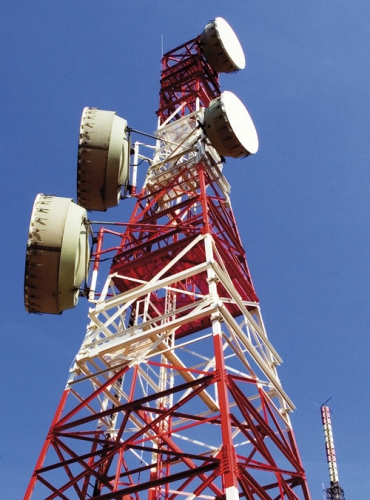 The Group continues to evaluate consolidation opportunities as they occur, Taylor said.

"Many of these players, some bigger than Global Invacom, are family-run businesses, comprising elderly stakeholders with kids who may not want to be involved, and thus have no proper exit strategy. It's in the best interests of these stakeholders to sell, but many are not ready to let go," he said.

"At any given time, we have two to three potential acquisitions in the pipeline that could close at the drop of a hat, if circumstances are right. It's all about timing."

According to the Tauri Group, the average number of satellites launched per year between 2011 and 2015 has surged 36%, while the global satellite manufacturing and launch market is projected to expand at a compounded annual rate of 5.1% between 2014 and 2019. In particular, satellite TV demand is booming, and accounted for nearly 80% of satellite consumer revenues in 2015.

The low-cost, ubiquitous coverage offered by satellites, particularly in remote regions where traditional terrestrial copper or fibre networks fall short of reliability and speed, has spurred developing Asian nations like Indonesia and Myanmar to switch to this technology, he pointed out.

Bank Rakyat Indonesia launched its own satellite from French Guiana in September to cut third-party transponder fees required to operate its ATM network, while the country's retailers are adopting SatComms technology to facilitate basic services like credit card transactions, as shopping malls sprout up in remote areas.

Myanmar is grappling with the challenges of its mountainous terrain after the government liberalised its domestic telecommunications sector in 2013. The country, which has an ambitious goal to provide broadband connectivity to at least 70% of its 54 million-strong population in the next three years, has made SatComms the backbone of its national broadband network, underscoring its advantages over terrestrial lines, he added.

Global Invacom Group Ltd, which is listed on the SGX Mainboard and the AIM Market of the London Stock Exchange, is a fully integrated satellite equipment provider with seven manufacturing plants across China, Israel, Malaysia, UK and the US. Its customers include satellite broadcasters such as BSkyB of the UK and Dish Network of the US. Global Invacom provides a full range of dish antennas, LNB receivers, transmitters, switches and video distribution components, electronics manufacturing services in satellite communications as well as manufacturing services in TV peripherals, computer peripherals, medical, and consumer electronics industries.

We have 495 guests and no members online