Against the backdrop of Super's privatisation and the share purchases by Food Empire's CEO, investors are taking new notice of Food Empire.

It's way cheaper than the 30X which Super is being bought out at. And Viz Branz was privatised at 17X PE.

The key questions are (a) what fundamentals underpinned the 3Q16 profit and (b) is this the level of quarterly profit, or even better, to expect going forward? Answers to the first question might point us to a probable answer to the second.

1) The Russian ruble, which bedevilled Food Empire in 2014 and 2015, became relatively stable this year.

All this time, the core 3-in-1 coffee business continued to enjoy dominant market share in its No.1 market, Russia. Reflecting pricing power, it was even able to raise its selling prices several times. 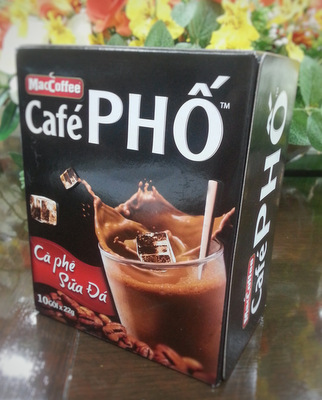 Cafe Pho strongly boosted revenue from the Indochina region from US$10.5 m in 2014 to US$29.5 m in 2015 -- and to US$28 m in 9M2016.The superstar product is Cafe Pho, which is produced out of Food Empire's plant in Vietnam. Food Empire struck gold with Cafe Pho after trying out different products in past years.

Unlike in Russia, where Food Empire engages external distributors, in Vietnam it is Food Empire's own sales force who do the selling.

It has over 1,000 sales people who are paid a basic salary and motivated by sales commissions.

They market it to mom-and-pop shops all over the country. (See also:  FOOD EMPIRE: Opens new office in Vietnam as sales growth kicks in)

3) While the ruble stabilised, local currencies in other notable markets -- Ukraine and Kazakhstan and the CIS countries -- weakened, which contributed to double-digit falls in revenue in USD terms for 9M2016.

4) Caffebene, the popular South Korean coffee chain which Food Empire invested in early this year, still has some way to go before turning profitable. Food Empire reported share of losses of associates of US$666,000 for 9M2016. 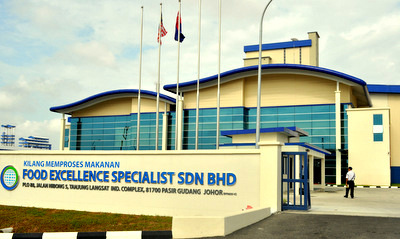 Food Empire's factory in Johor produces non-dairy creamer for internal use and third-party customers. NextInsight file photo5) "Other markets" -- which is how Food Empire reflects mainly the businesses of the factories in Johor and India in its financial statement -- have soared from US$8.6 m in revenue in 3Q15 to US$11.8 m in 3Q16.

They are putting their start-up losses behind them.

We have 1845 guests and no members online