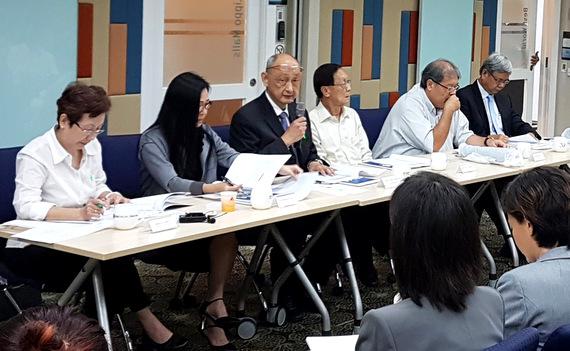 Powermatic had net cash (and zero borrowings) amounting to S$21.1 million as at end March 2016, up from S$18.1 million a year earlier. This compares with its current market cap of about $35 million (which, by the way, is approximately the value of its freehold investment property in Harrison Road).

Its business (manufacturing and sale of wi-fi connectivity solutions) requires relatively little capex. Aside from the S$21.1 million cash, Powermatic holds about S$6.3 million in "financial assets available for sale" with an average yield of more than 4% a year, said finance manager Molly Chua in response to a shareholder question. (Didn't sound like Powermatic would divest these assets anytime soon).

The chief investment among the S$6.3 million financial assets is a Thai-listed stock worth S$3.8 million whose cost to Powermatic was less than S$300,000 as it was bought at a discount from a Thai business associate, added Ms Chua, when asked for insights. Regarding business performance, Dr Chen said that having scaled down its distribution business, Powermatic is focused on its wi-fi connectivity solutions business. This accounts for virtually all of the group's FY16 revenue (S$15.5 million) and gross profit (S$6.2 million). Net profit was S$2.8 million. With the low-margin distribution business scaled down to a minimal level, Powermatic's gross margin shot up from 31% to 40% in FY2016 (ended March).

It helped that Powermatic had improved its manufacturing efficiency by reducing wastage from, for example, unused components, said Dr Chen.

And it delivered new and higher performance products which commanded better margins.

To a shareholder who asked if the wi-fi business could grow rapidly to greater significance, Dr Chen replied:"This is a niche business which is not easy to scale up. You can't say 'Tomorrow, let's increase our production by ten-fold.' " 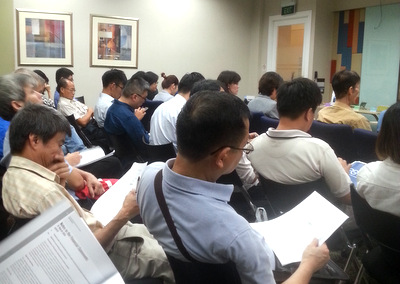 Powermatic has seen strong shareholder turnout at its past two AGMs. NextInsight photo.Asked about Powermatic's succession plan, Dr Chen, who is 68, said: "I see myself going more into R&D in a few years' time, and Katherine will take over as CEO."

Katherine Ang is one of only two executive directors of Powermatic.

She joined Powermatic's wholly-owned key subsidiary, Compex Systems, in 2003 as director of sales and marketing and operations.

We have 1095 guests and no members online