DR MICHAEL LEONG (ShareInvestor.com founder) on his battle with cancer

Dr Michael Leong founded Shareinvestor.com in 1999, grew the pioneering financial portal, and sold it to Singapore Press Holdings in 2008 for $12 million (with a further $6 million payable in subsequent years depending on whether financial targets were achieved). He posted the following content on his website, pertama.freeforums.net, in April 2015, and it is republished here with permission. 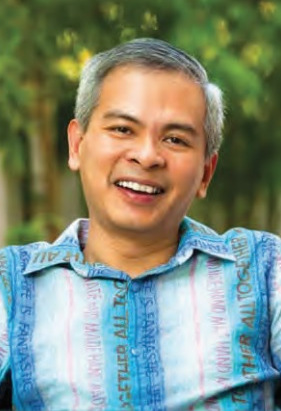 Dr Michael Leong has published two books -- Be An Entrepreneur, and Your First Million. Photo: InternetAt noon, I checked into the hospital, change into a gown and was ready to have the examination. As I thought that this is just a routine procedure, I went to the hospital alone. Little did I know then that my life was about to change dramatically. Prior to this, I have never been a patient in a hospital. I had always been well and for the past 5 years, I had medical checkups every year.

These checkups included all the screening blood tests including cancer markers. They also included faecal occult blood tests done on the stool specimens.

I don't eat red meat, I eat lots of vegetables and roughage and eat a healthy diet compared to most.

The only point of note is that I do have episodes of loose bowels since my teenage years but as most of us have these every now and then, I accepted this as a fact of life. For the past 30 years, my bowel habits have not changed. My wife had been pestering me to do the colonoscopy since I turned 50 a few years ago. As a medical doctor, I have been postponing this examination as I felt that my blood and stool tests have always been negative. However, to put her mind at ease, I decided to eventually have the colonoscopy done. At 3 pm, I was wheeled into the colonoscopy room and remembered greeting the surgeon and the anaesthetist. I remembered the surgeon asking me whether I will like to have a gastroscopy done at the same time and I agreed.

I cannot remember anything after that apart from being woken up and the surgeon telling me the bad news that he found a small coin-sized cancer in the descending left side of my colon. He told me that the best option is to remove this immediately and suggested that I had surgery later in the day. As I have just woken up from the anaesthesia, I was not sure if I was still dreaming as the whole incident was so surreal. Eventually, I realised that this was not a dream and the diagnosis of colorectal cancer was very real. I then called my wife to tell her the bad news and she then rushed over to the hospital with the kids. It was so nice to see my wife and the kids in the ward. It is moments like these that one needs all the support he can get and the best support is from the family. They came very well prepared with all my clothings as they knew that I will be in hospital for at least a few days.

The surgeon gave me a choice of either having the surgery performed in the same hospital or to move to another hospital where there is a Da Vinci keyhole surgical system.

The difference is that in the traditional operation, they have to make a longish incision while the keyhole surgery only required small nicks in the skin. Of more importance is that healing is usually much quicker with keyhole surgery. I opted for the keyhole surgery and we all packed up the bag, discharge from that hospital and then took a taxi to the other hospital. As soon as we arrived in the other hospital, the nurses rushed to change me into a gown and after sorting out the deposits required by the hospital, I was wheeled into the operating theatre.

It was so sad then to see the teary eyes of my family as I moved along the hospital corridors to the operating theatre. The theatre was filled with lots of hospital staff and I cannot remember anything after that.

I woke up in the recovery room with my family by my side. I was told that my operation took about 2 hours. I felt no pain and was then wheeled back to the hospital room. Recovery was certainly quite fast. Within 2 days, they took out all the tubes and I was eating quite normally. There was a slight hiccup of a urinary track infection as a result of a faulty urinary catheter. This delayed my discharge and I was eventually allowed home 4 days after being admitted to the hospital. A week later, I saw the colorectal surgeon in his clinic and he told me the histology showed that the colon cancer did affect some of the lymph nodes nearby.

But he reassured me that all the affected lymph nodes were removed and the CAT scan and ultrasound scans done showed that there was no spread to other organs. He said that the colon cancer may have been in my body for well over 15 years and has been growing slowly.

When I did the PET CT scan, I was on a drip for about 2 hours. The drip contains a radioactive glucose metabolite that is ingested by cancer cells. Was also asked to drink lots of water after being on the drip and had to go to the toilet many times. I had then to lie very still for about 30 minutes during the scan. The PET CT scan confirmed no spread to any other organs. I will talk more about chemotherapy in my next article. I will also share my experience on insurance matters as a result of this, as well as the changes to one's mindset and the financial implications of cancer and some recommendations to protect yourself. Yes, I am now a much stronger person than ever before.

0 #2 Admin 2015-12-14 18:20
Dr Leong's reply: "As shared in my article, I have been very careful with my diet and yet, I got the cancer. Hence, I doubt diet has anything to do with it. At this stage, I want to build up my body and frankly, will eat anything that I want. I know of lots of cancer patients who will swear by their new diets and I wish them well. At the end of the day, it is what you believe that is more important to you than to anyone else.

"All of us have cancer cells in our body. In some, these develop into full blown cancer, in others, they just lurk in the background. No one knows why. Somethings we cannot explain and best not to think too hard about it and just live life as is."

Read more: http://pertama.freeforums.net/thread/1142/diagnosis#ixzz3uHz8w5VV
Quote
0 #1 Pumpki 2015-12-13 13:44
Michael, wish you a speedy and complete recovery. In the past year, you would have sought to understand cancer profoundly and, with the advantage of yr medical training, you may have made significant and enlightened changes to your diet and lifestyle to aid your situation. Can you share what these changes might be (for our own learning)? Thanks!
Quote
Refresh comments list
NextInsight.net

We have 1522 guests and no members online