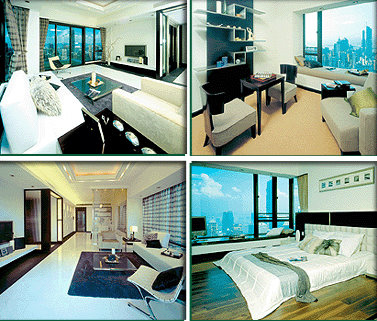 NOW THAT’S THE WAY to start a week!

Markets are up all over, both in Hong Kong and the PRC as well as the US and Europe, with the Nasdaq even touching an 11-year high.

In fact, there is a very good chance that things will be getting even better for Hong Kong's benchmark Hang Seng Index, at least for the near term.

And of course this has a lot to do with the big neighbor to the north.

Now things may have taken a stutter step back on Wednesday with the Hang Seng down 32 points to 21,308 and the Shanghai Composite Index shedding 2.6% on the day, but overall we can expect both to continue trending upward, with shares in Shanghai and Shenzhen leading the charge.

The twin phenomena of a higher close and more shares trading hands is one of the strongest signs of near-term confidence in any capital market.

And that is precisely what happened on Tuesday with Hong Kong’s benchmark index closing up nearly 1% and daily turnover up 10% from Monday at 60 bln hkd.

At the head of the parade were developers, always a good sign for investors, given the heavy weight real estate counters have in the Hang Seng basket.

But even more important is that Hong Kong – the world’s fifth biggest stock market and Asia’s No.3 – was not alone in starting the week off strong.

Markets in Europe and the US also had upbeat Mondays, with the Nasdaq even touching a new 11-year high.

Both A/B share markets in Mainland China – namely those in Shanghai and Shenzhen – also got off to a good start this week which almost always translates into good news in Hong Kong given the large number of dual-listed enterprises, the prevalence of H-shares in Hong Kong and the common markets and production bases that firms listed on either side of the de facto border share.

Speaking of the mainland, there has been a spate of – if not exactly good, then at least reassuring – news coming out of Beijing as of late, and this is helping keep investor sentiment sanguine.

First of all, joint statements from responsible parties in the PRC capital stated that the government would pursue a “stable policy” for first-home mortgages, a policy which surely comes as a relief to homeowners taking out their first housing loans, but also clearly suggests that similar levels of support would not be made available to speculators flipping several units simultaneously.

At the same time, the joint statements voiced support for making the process for families looking to actually take up residence in new homes as market-based yet fair as possible.

While these pronouncements all seem to favor actual homeowners as opposed to property speculators, keeping homes within the financial reach of a critical mass of the population is always in the interests of the long-term stability of listed developers and is good preventative medicine against future bubbles.

And as mentioned before, due to the heavy weighting of property on the bourse, what’s good for real estate counters is usually good for the Hang Seng.

On the subject of stability, Standard Chartered just announced its China GDP forecast for this year is 8.3%, down from the 9.2% generated in 2011 but still miles ahead of almost all the major world economies.

Couple that with the recent Central Bank governor’s assurances that the PRC would once again pursue a “stable” currency policy, and all can be taken to mean that no major surprises on growth or exchange rates can be expected.

So we are to expect stability on the housing front, the GDP front and the currency front.

That is surely reassuring to the Hong Kong market, as we all know the word "stability" is one of the favorites in any investor’s vocabulary.

We have 3563 guests and no members online