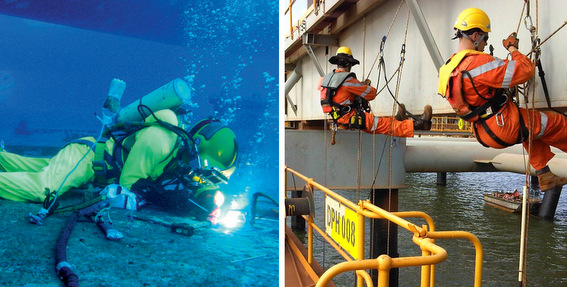 THE SHARE PRICE of MTQ Corporation closed yesterday at 94 cents and rose another 2 cents this morning to its highest in five years.

On Oct 30 after the stock market had closed, the company released its 2Q results with net profit up 21% to S$5 million -- and an announcement of its takeover offer for a listed Australian company.

It was the latter which was the subject of much discussion yesterday (Oct 31) between MTQ's management and analysts and fund managers at a lunch meeting.

MTQ has a conditional offer at 3.2 Australian cents a share for all the issued shares of Neptune Marine Services other than the 19.51% stake it already owns. (Announcement here)

The acquisition would cost up to A$48.2 million cash, which is sizeable relative to the market cap of MTQ of S$92.6 million.

MTQ, which is the single largest shareholder of Perth-headquartered Neptune, said the rationale for the acquisition is:

2. Neptune operates in subsea niches in diving, surveying and other related services which are complementary to MTQ’s focus on engineering services for oilfield equipment.

3. MTQ anticipates that having control of Neptune will create opportunities for the cross selling of services to each other’s customers and strengthen engagement with common customers. 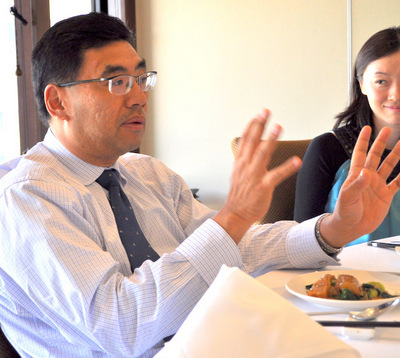 Q: Neptune's historical performance has not been great. Can you improve that?

CEO Kuah Boon Wee said MTQ believed it could not only improve the performance but also channel some of their services to MTQ's existing markets of Southeast Asia and Middle East.

Thus, Neptune is being sought after by MTQ not for its modest historical operating profits but for, amongst others, the potential for its services to be deployed outside of its core market of Australia.

Mr Kuah can appreciate the potential up close: He joined Neptune's Board of Directors in March 2011 soon after MTQ purchased an initial stake of 200 million new Neptune shares for A$10 million.

Putting in perspective Neptune's financial performance, Mr Kuah said Neptune had paid a lot for goodwill in its past acquisitions of companies.

Much of this goodwill was written down in the past two years, and at 3.2 Australian cents, MTQ's offer ascribes little value to the remaining goodwill, he said.

Q: How will you fund the acquisition? 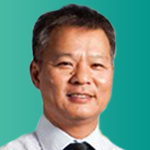 MTQ has lined up A$37 million in facility from UOB and the rest would be funded by MTQ's own cash.

Q: Looking ahead, 3-5 years, when Neptune has stabilised, how much do you see Neptune contributing to MTQ's revenue?

Mr Kuah said that at its peak, Neptune's market cap was about A$200 million but some of its services have since been disposed of.

Neptune's revenue last year was A$120 million.  "It's still a sizeable business with opportunities of having its services deployed outside of Australia," said Mr Kuah.

He added that "if Neptune can achieve a sizeable turnover, that would be a sizeable contributor to MTQ."

Q: With interest to pay on the UOB loan for the acquisition, will that affect your dividend payout?

Mr Siu said MTQ can afford to sustain its 4-cent a share dividend a year.

Mr Kuah said 4-cent per share equates to S$4 million. Compare that with the S$9.7 million in net profit which MTQ achieved in 1HFY2013.

"The interest burden will not really change those numbers," said Mr Kuah. "We have always been careful about paying sustainable dividends."

Q: How is your business in Bahrain doing?

Mr Kuah said "it's still early days" for MTQ's business there, and it is still booking losses.

Q: When do you expect the Bahrain business to break even?

"Cash breakeven point - we are not far away from that. If you are talking about profit breakeven, we are probably at least a few quarters away," said Mr Kuah.

Q: What is your expected capex for MTQ, Neptune, and Premier in the next 1-2 years?

Mr Siu said it's not appropriate to talk about the capex of Neptune at this point.

As for the Bahrain operations, the facility is new. If MTQ's facility in Singapore needs new machinery, it's for productivity reasons but this would not be major capex.

For all its facilities, the maintenance capex would in aggregate be S$2-3 million a year at most, said Mr Siu. "It's modest compared to the cashflow we generate."

We have 515 guests and no members online