HAFARY: 10% dividend yield now but can it be sustained? 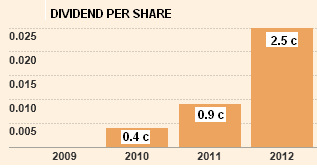 This compares favourably with the 0.9 cents a share paid out in FY11.

In addition, Hafary (www.hafary.com.sg) had paid out an interim dividend of 1 cent for FY12 versus zero in FY11.

In total, it is 2.5 cents a share which translates into a dividend yield of 10.4% based on a recent stock price of 24 cents.

Hafary's core business is the distribution of tiles and building materials, and it is the biggest player ( with $63 million in sales in FY12) in a very fragmented industry in Singapore. 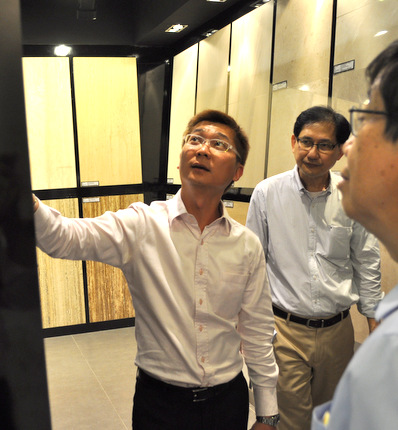 Financial controller Jackson Tay met up with some investors recently at its HQ in Defu Avenue 1, and here are some quick notes from the meeting plus highlights from the financial statements of the company.

This was supported by the impending recognition in 1HFY13 of its $22.5 million gain from a one-off property development project.

All 59 units of its freehold industrial property called Atrix, which is sited next to Aljunied MRT station, have been pre-sold and will T.O.P soon. (For details, click HAFARY wins outsized property gain).

Hafary has, on the other hand, bought three sites to develop its new warehouse and HQ, which has raised its bank borrowings.

Will the 2.5-cent dividend payout be repeated? Time will tell.

> Benefits from a declining euro: Hafary buys supplies of mid- to high-end products from Italy.

The declining euro vis-a-vis the SGD means Hafary is paying a couple of percent less for the goods.

And this will help it to mitigate rising business costs. Hafary enjoyed gross profit margins of 40% or so in the past two years.  Net profit for FY12 declined 33.8% to $4.5 million..

> Supplying to HDB:  The HDB accredits factories and distributors for the tiles that are used in its new builds.

Hafary is one of the few accredited suppliers and will start to deliver its tiles in this current half-year.

That's partly why, as at end-June, it had raised its inventory to $30.2 million from $24 million a year ago.

Supplying to the HDB (which currently has an aggressive building programme) is a new revenue stream for Hafary, as it previously did not have any significant business dealing with HDB new-builds. 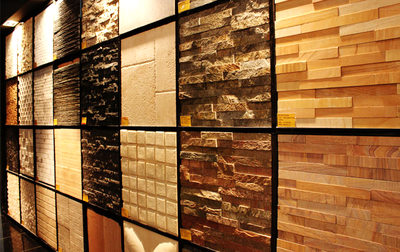 Hafary is the largest importer of tiles into Singapore, and rides on the construction boom which is seeing many new properties and MRT stations being built. Photo: Company

>  Supplying to Oxley properties: This will also be another revenue stream, though not of the magnitude of the HDB business.

The stream will arise from interested party transactions between Hafary and Oxley Holdings, a property developer.

The CEO of Hafary, Eric Low, is a substantial shareholder (58.4% direct and indirect interest) and a non-executive director of Oxley.

> One-time costs from relocation: Hafary will be relocating its warehouse and showroom to new buildings in Eunos Avenue 3 and Changi North in the next couple of months.

The centralised warehousing and new HQ will lead to cost savings and possibly even reccuring rental income from the leasing of excess space.

> 10% free float: Hafary is an illiquid stock, as nearly 90% of its shares are held by the founding Low family and by Mr Ching. Hafary management, in due course, aims to address this matter..

The market cap is S$48 million based on a stock price of 24 cents. The trailing PE ratio is 9.6X.

We have 479 guests and no members online