DMG suggests 2 reasons for failure of privatisation offer of NERATEL 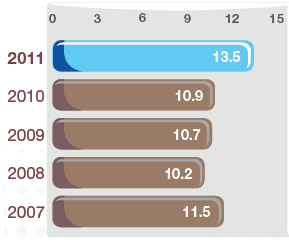 NeraTel's has had a steady track record of net profit. Source: Company

The news. In a scheme meeting last Friday, NeraTel’s shareholders have voted against the privatisation offer made by ST Electronics.

Despite having the support from major shareholder Eltek ASA and CEO Samuel Ang who collectively own 50.4% of the company, the voting results fall short of the minimum amount required by the Company Act (75% in value of those who present and vote in the scheme meeting).

As such, NeraTel will retain its  listing status on the SGX.

Our thoughts. We attribute shareholder’s rejection of the sale of NeraTel to two reasons. Firstly, prior to the privatisation announcement, there was a huge surge in volume behind this stock. NeraTel’s share price had gone up to S$0.50, S$0.05 higher than the aggregate offered value of S$0.45/share, resulting in many shareholders purchasing the shares at cost close to or even above the offering price.

This came as a surprise to us as the earnings accounted for 53.7% of our full year forecast.

As such, public investors now believe that the company could potentially perform better and is worth more than the offer price.

Moving forward, we will maintain our coverage over this counter and provide updates when we next meet with management. 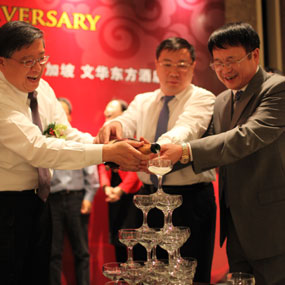 New vessel contracting continues to decline, ship prices have shown their 12th consecutive MoM fall, vessel financing remains poor as some banks have withdrawn from the business (e.g., Commerzbank), and competition has intensified on fewer orders.

In light of the difficult conditions, we believe it is too early to turn positive on this sector.

We have a Sell on China Rongsheng and a Hold on Cosco Corp and Yangzijiang Shipbuilding.

We have 563 guests and no members online